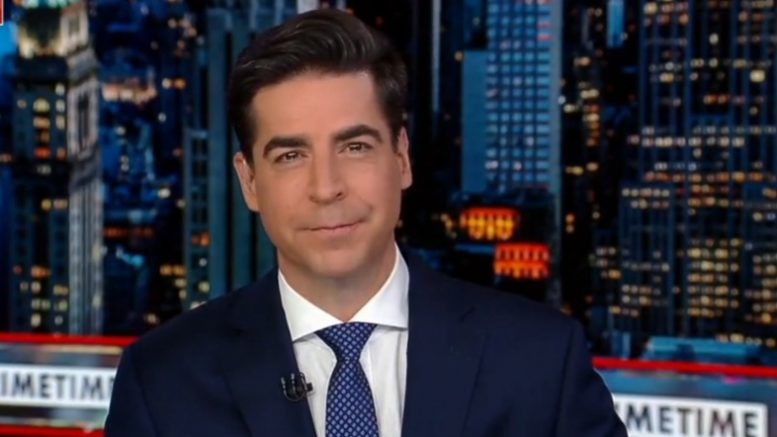 “History has a way of sorting out what’s right and wrong, you see. The pandemic party is over for the Democrats. Some of them just haven’t realized it yet,” proclaimed Jesse Watters on his Monday night program.

“Too many people can’t move on from their sense of moral superiority that the pandemic gave them,” he added. “They’ll forever cling to the power they had to point fingers at faces and ban you from buildings.”

Related Article: Jesse Watters: ‘Do You Believe in Karma? I Do’ – ‘The Left Is Finally Reaping What They Sowed’

Jesse concluded his segment by stating:

They found their spot in the COVID social hierarchy and they don’t want to surrender. But they don’t have a choice anymore. By speaking your mind and fighting for what’s right, you made the choice. Thank you, America.

It's Time To Move On #JWP pic.twitter.com/6l6cQDB2eL