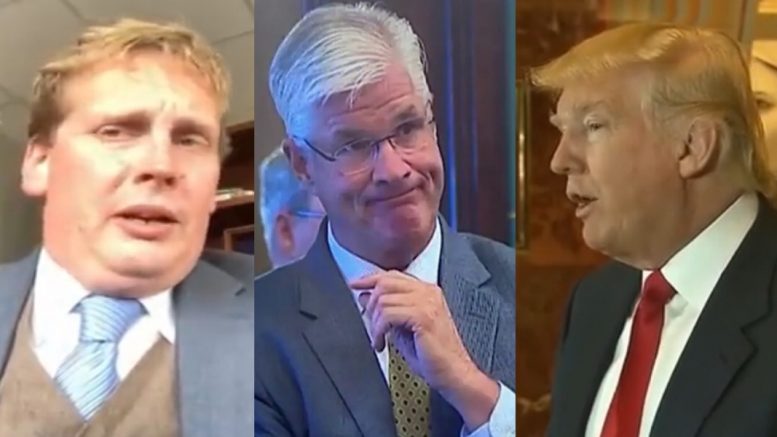 45th President Donald J. Trump issued a statement via email from his “Save America” PAC wondering “Why are RINOs standing in the way of a full Forensic Audit in Michigan?”

In a highly anticipated report released in June, the Republican-led Michigan Senate Oversight Committee rebutted former President Donald Trump’s voter fraud claims, debunking allegations of malfeasance in the state’s election last fall and affirming that Joe Biden was victorious. The report is the product of an eight-month inquiry and concludes there was no basis or evidence to support the Trump campaign’s repeated claims that the election results failed to reflect the will of the voters, far-left NBC News reported.

Why are RINOs standing in the way of a full Forensic Audit in Michigan? The voters are demanding it because they have no confidence in their elections after the Rigged 2020 Presidential Election Scam.

Michigan’s Republican State Legislators should be ashamed of themselves for allowing this horrible situation to happen. In particular, the incompetent RINO Majority Leader, Mike Shirkey, and Senator Ed McBroom. Maybe McBroom is really a Democrat who could not otherwise get elected in Northern Michigan.

Our great Michigan voters will not stand for Republican Senators not to act on the Crime of the Century! Continued Below

Following the report released in June, Trump issued a statement via email, slamming the report, State Senator Ed McBrook and State Senator Mike Shirkey– the Republican leader. Trump included their office phone numbers at the end of the statement, pressing supporters to “call those two senators now and get them to do the right thing, or vote them the hell out of office!”

Sen. Ed McBroom, the Republican chairman of the committee that investigated the election, said in a statement, “As is often the case, the truth is not as attractive or as immediately desirable as the lies and the lies contain elements of truth. We must all remember: ‘extraordinary claims require extraordinary proof’ and ‘claiming to find something extraordinary requires first eliminating the ordinary.’”

The report, which was supported by every Republican on the committee, said: “This Committee found no evidence of widespread or systematic fraud in Michigan’s prosecution of the 2020 election.” Continued Below

McBroom said he feels confident the state’s results were accurate following his review, though he has continued to offer support for Republican-led voting law changes. McBroom said many of the claims of malfeasance were the result of “a misunderstanding or an outright deception.”

“Also, sources must lose credibility when it is shown they promote falsehoods, even more when they never take accountability for those falsehoods,” he said. “At this point, I feel confident to assert the results of the Michigan election are accurately represented by the certified and audited results.”

In December, however, a judge in Michigan on Monday permitted parties in a court case to release the results of a forensic imaging examination of Dominion Voting Systems machines, with redactions of code. 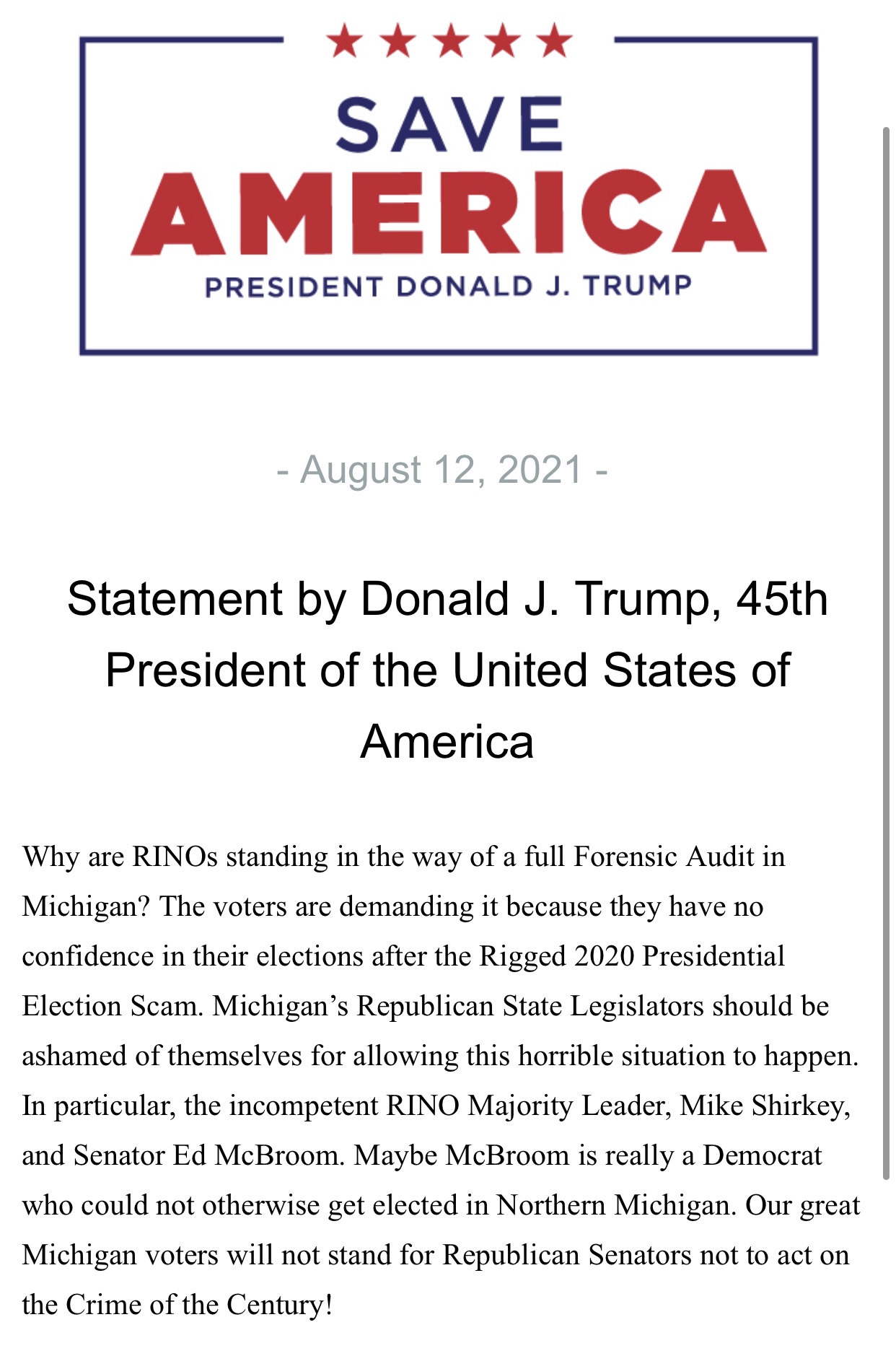