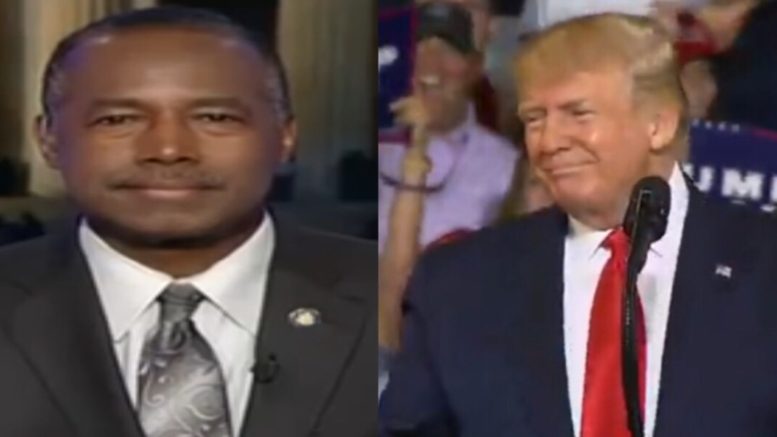 Housing and Urban Development (HUD) Secretary Ben Carson spoke with host Tucker Carlson on Wednesday where he declared that President Donald Trump is not a “racist.”

In March, Carson also defended the President after the media tried to tie the New Zealand massacre to the President, suggesting the killer expressed support for Trump as a symbol of “white identity.”

Responding to the media’s most recent claims that the President is “racist,” after his tweets about progressive Democrat freshmen congresswomen, Ben Carson said of the Commander in Chief, “I’ve never seen any of that, whatsoever.”

“Our conversations have frequently centered around disadvantaged people in our country and what we can do to elevate them. And it seems to me that a racist wouldn’t spend so much time on ‘Second Chance’ legislation. [Trump] wouldn’t spend so much time with opportunities– with those unrealized capital gains into areas that have traditionally been neglected, so that people can rise,” Carson explained.

He continued, “He wouldn’t spend so much time working on affordable housing, recognizing what the crisis was. The list goes on and on. These are not things that people who are racist would do. People need to actually look at what the results are and not spend all their time parsing every word and trying to make it fit their narrative.”

Asked if he would work for a racist, Carson responded, “No, I’d be out of there in two seconds. I’ve certainly had an opportunity to see what racism is, you know, growing up in Detroit in the ’60s.” (Continued Below)

Asked why he thinks people call President Trump “racist”, Carson responded, “In a way, it’s kind of nice that people are creating such a nice binary choice. People will have an opportunity to decide do they really like the United States. This is a magnificent country, where someone like me could grow up in poverty and become a brain surgeon and a cabinet member. Why would anybody knock a place like that if it was such a bad place? People wouldn’t be forming caravans to come here.”

“Let them continued to fight and define themselves and let the American people decide. What I discovered when I was running for President, as I traveled all over the country into the small little hamlets in every state is that most of the people in this country actually have common sense. And, they’re not gonna throw away what we want for Venezuela,” Carson added.

Asked if someone can win a Presidential race if you hate the country, Carson replied, “It would become very apparent with your rhetoric that you were not someone who was a supporter of our nation. The amazing thing is we have an amazing country.” (Video Below)

Carson concluded, “People that can only focus on a negative aspect of our country and not see positive aspects, you have to wonder about what their motives are.” [Emphasized].