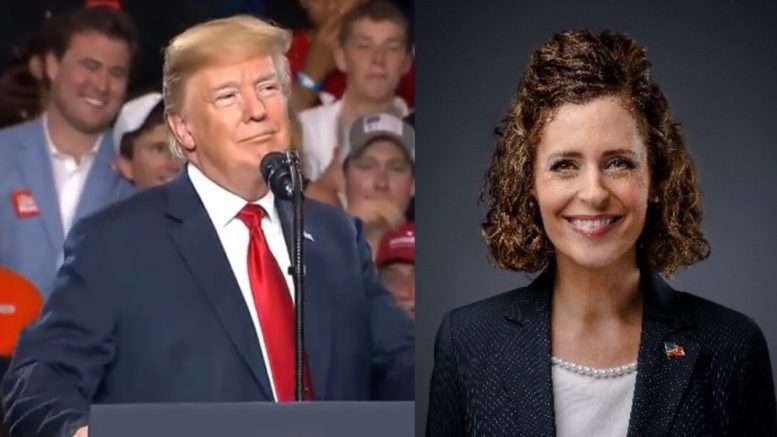 Luke Letlow, 41, died from complications of COVID-19 late last year just days before he was due to be sworn into office. He died from a heart attack following a medical procedure at LSU Health Shreveport to remove a blood clot blamed on the virus, Fox News reported.

“Julia Letlow, a wonderful and talented person who is the widow of U.S. Representative-elect Luke Letlow, is running for Congress in Louisiana-5 at the urging of so many people who know her so very well,” the 45th President stated.

“She is Pro-Life and strong on Crime, the Border, loves our Military, our Vets, and will always protect our cherished Second Amendment. Julia, who is so outstanding, has my Complete and Total Endorsement,” the president said. “The Great State of Louisiana will be thrilled!”

The Hill reported Letlow is currently an executive at the University of Louisiana-Monroe. The report said that the special election is scheduled for March 20th.

Julia Letlow responded on Twitter following Trump’s endorsement, writing, “It’s truly an honor to receive President Trump’s endorsement and I look forward to joining in the fight to save our country by putting America first!” Continued Below

He released a statement Monday evening via email, announcing his “complete and total endorsement” for Republican Senator John Boozman, a fifth-generation Arkansan and former Arkansas Razorback.

Trump has endorsed Henry McMaster, the governor of South Carolina since January 24, 2017, Lieutenant Governor, Tim Griffin, who is running for Attorney General in Arkansas, and also for Republican Senator Mike Crapo of Idaho.