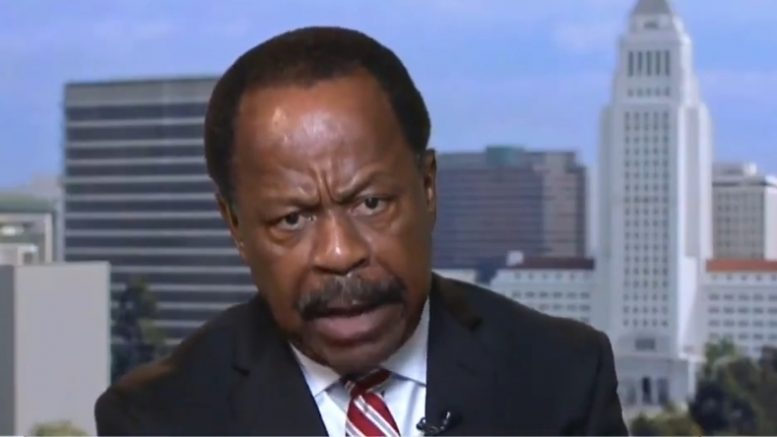 Civil rights attorney and longtime Democratic commentator Leo Terrell thinks ‘a lot of Black Americans’ will be veering away from the Democratic Party in November and voting for President Trump.

And what does he think will be the driving force behind it? None other than the “Black Lives Matter” movement.

Terrell cited the “Black Lives Matter” mural that was painted in the street right outside of Trump Tower on Wednesday on behalf of New York City Mayor Bill De Blasio.

“It’s a very extreme organization that really only cares if a police officer is involved in a killing,” he declared.

Related Article: Leo Terrell Calls On Democrats Not To Vote For Biden, Urges ‘Law & Order’ Dems To “Leave The Party”

“A lot of black Americans, such as myself, will be voting for Donald Trump this year because the Democratic Party has been hijacked by Black Lives [Matter],” he concluded. Video Below

Civil rights lawyer Leo Terrell says the Democrat Party has been hijacked by the far left.

“A lot of Black Americans such as myself will be voting for Donald Trump this year because the Democratic Party has been hijacked.”

Joe Biden is too WEAK to stand up to these radicals! pic.twitter.com/hdmGJoWJEt