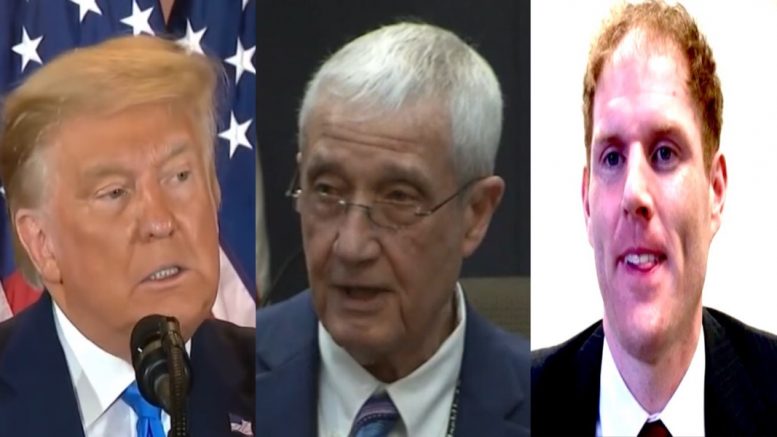 45th President Donald   Trump issued a statement via email from his “Save America” PAC Monday, calling out the Maricopa County Board of Supervisors in Arizona for refusing to hand over routers to audit officials.

Auditors had requested the routers in May but were denied. Lead auditor Ben Cotton said Friday, after trying to obtain the routers again, that the routers were “critically important” to the audit.

“Why won’t the RINO Maricopa County Board of Supervisors in Arizona give the routers? What are they trying to hide? They are fighting for life or death. What is going on? Give the routers!” President Donald Trump said in a statement.

“Doesn’t this mean that the voting was, despite their statements to the contrary, connected to the internet? The Voter Fraud in the 2020 Presidential Election was monumental, and the facts are coming out daily!” he declared.

The routers were part of the Arizona Senate’s original subpoena. Maricopa County Sheriff Paul Penzone has claimed that giving up possession of the routers would jeopardize law enforcement security.

But contractors with the Senate’s audit see it differently, claiming that the routers are critical to their work. Election machines are not supposed to be connected to the internet, and Maricopa County elections officials — and two auditors they hired — say that was the case in 2020, AZ Mirror reported. Continued Below

Maricopa County election system was BREACHED in November. They privately notified voters, but kept this from the public pic.twitter.com/J7DpP4q0Qu 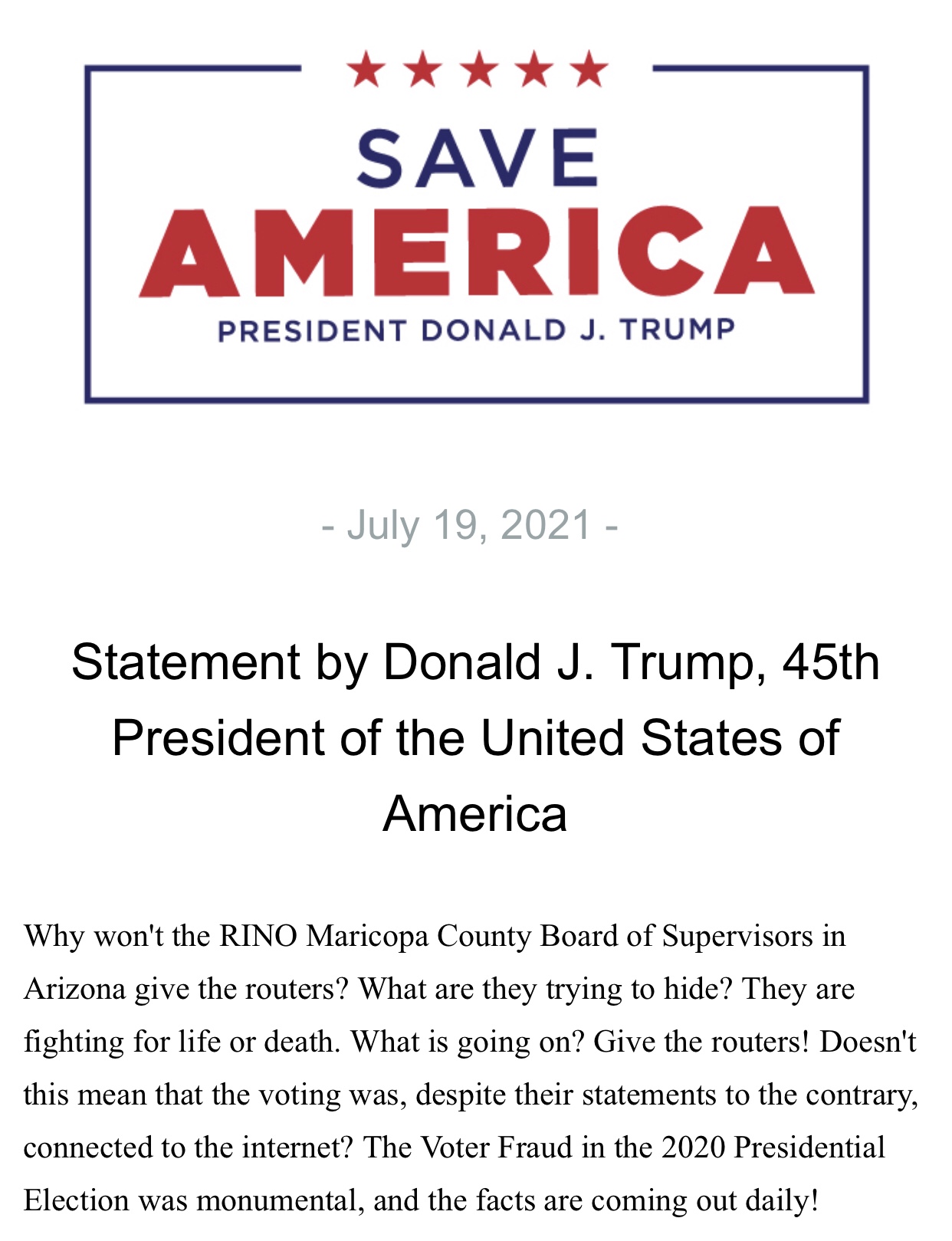