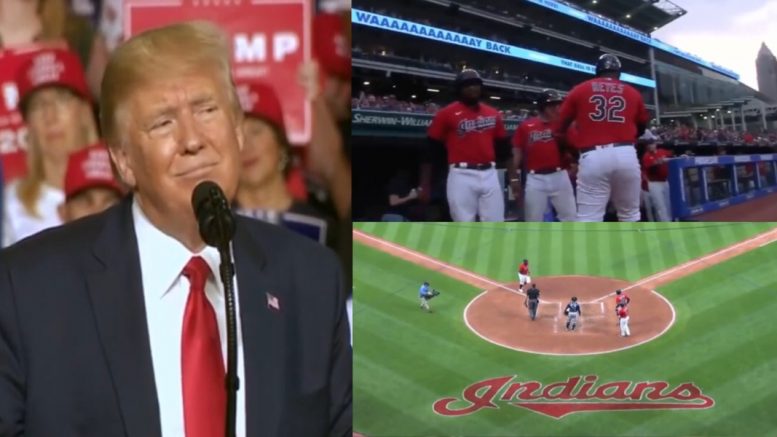 45th President Donald J. Trump issued a statement via email from his “Save America” PAC on Friday following the announcement of  Cleveland’s Major League Baseball team’s name change. Known as the Indians since 1915, the baseball team will now be called Guardians.

The ballclub announced the name change Friday with a video on Twitter narrated by actor Tom Hanks, ending months of internal discussions triggered by a national reckoning by institutions and teams to permanently drop logos and names considered racist, Newsmax reported.

Can anybody believe that the Cleveland Indians, a storied and cherished baseball franchise since taking the name in 1915, are changing their name to the Guardians? Such a disgrace, and I guarantee that the people who are most angry about it are the many Indians of our Country.

Wouldn’t it be an honor to have a team named the Cleveland Indians, and wouldn’t it be disrespectful to rip that name and logo off of those jerseys? The people of Cleveland cannot be thrilled and I, as a FORMER baseball fan, cannot believe things such as this are happening.

A small group of people, with absolutely crazy ideas and policies, is forcing these changes to destroy our culture and heritage. At some point, the people will not take it anymore! Video Below

The Cleveland Indians posted the following video on Twitter Friday:

Together, we are all… pic.twitter.com/R5FnT4kv1I

The organization spent most of the past year whittling down a list of potential names that was at nearly 1,200 just over a month ago. But the process quickly accelerated and the club landed on Guardians.

In 2018, the Indians stopped wearing the contentious Chief Wahoo logo on their jerseys and caps. However, the team continues to sell merchandise bearing the smiling, red-faced caricature that was protested for decades by Native American groups. 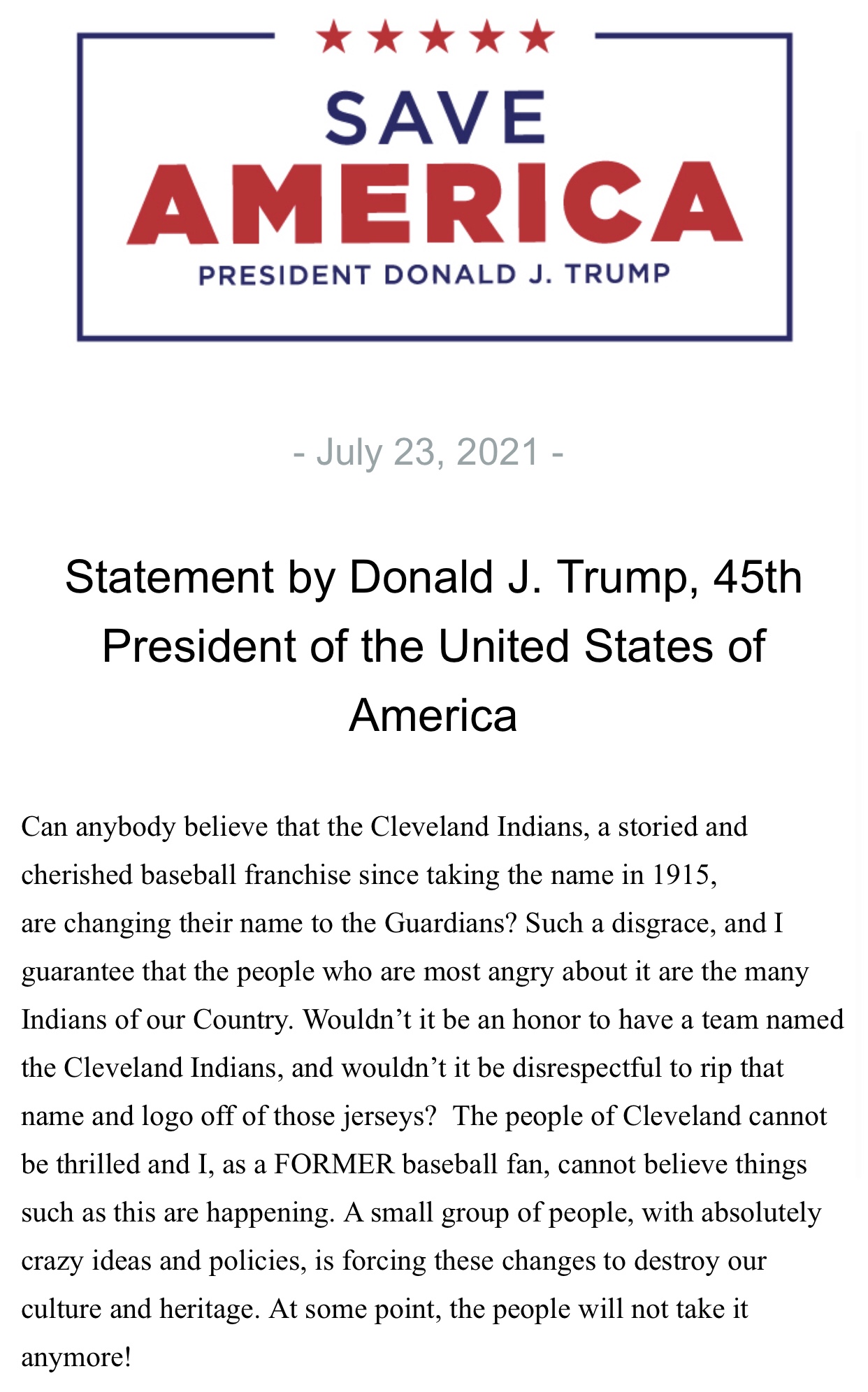 (Related: Trump Reacts As The MLB Moves The All-Star Game Out Of Atlanta To Protest GA Election Changes)