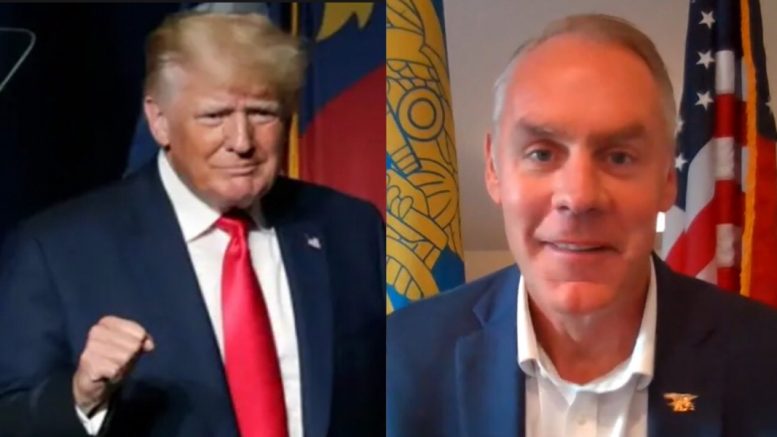 The 45th President issued a statement via email from his “Save America” PAC on Thursday, announcing his “complete and total endorsement” of Ryan Zinke– for “Montana’s Congressman for the new 2nd District”.

The 2nd covered the eastern part of the state, including Billings, Glendive, Miles City and other towns. After 1993, the second seat was eliminated and the remaining seat was elected at-large. After the release of the 2020 United States census results, Montana will regain its 2nd congressional district, reported Wikipedia.

He was instrumental in expanding public access to public lands for recreation and rebuilding our National Parks and Forests infrastructure.

As Montana’s Congressman for the new 2nd District, Ryan will fight against the Radical Left Democrats who continually block the America First policies we put in place. He will be a strong leader for the great Patriots of Montana.

Ryan has my Complete and Total Endorsement for Congress! Continued Below

Ryan Zinke, a former U.S. Navy Seal, told NBC Montana in April that he thinks the biggest threat facing our country is division. “I think our country’s in peril. I fought for this country, I continue to fight for this country, I love my country. But I also love my neighbor. I grew up in Montana, where if someone’s barn is on fire, you don’t ask whether he’s Republican or Democrat. You go over and you put it out,” he said.

“Same thing in the military. I don’t care today whether a person is Republican or Democrat. What I care about is do you love your country, and do we want to improve our conditions for others around us in Montana. Let’s protect the reason why we live in Montana,” he added.

Zinke also said he plans to go on a listening tour this summer, saying he intends to float Montana’s rivers and will welcome people to talk to him on the water. Continued Below 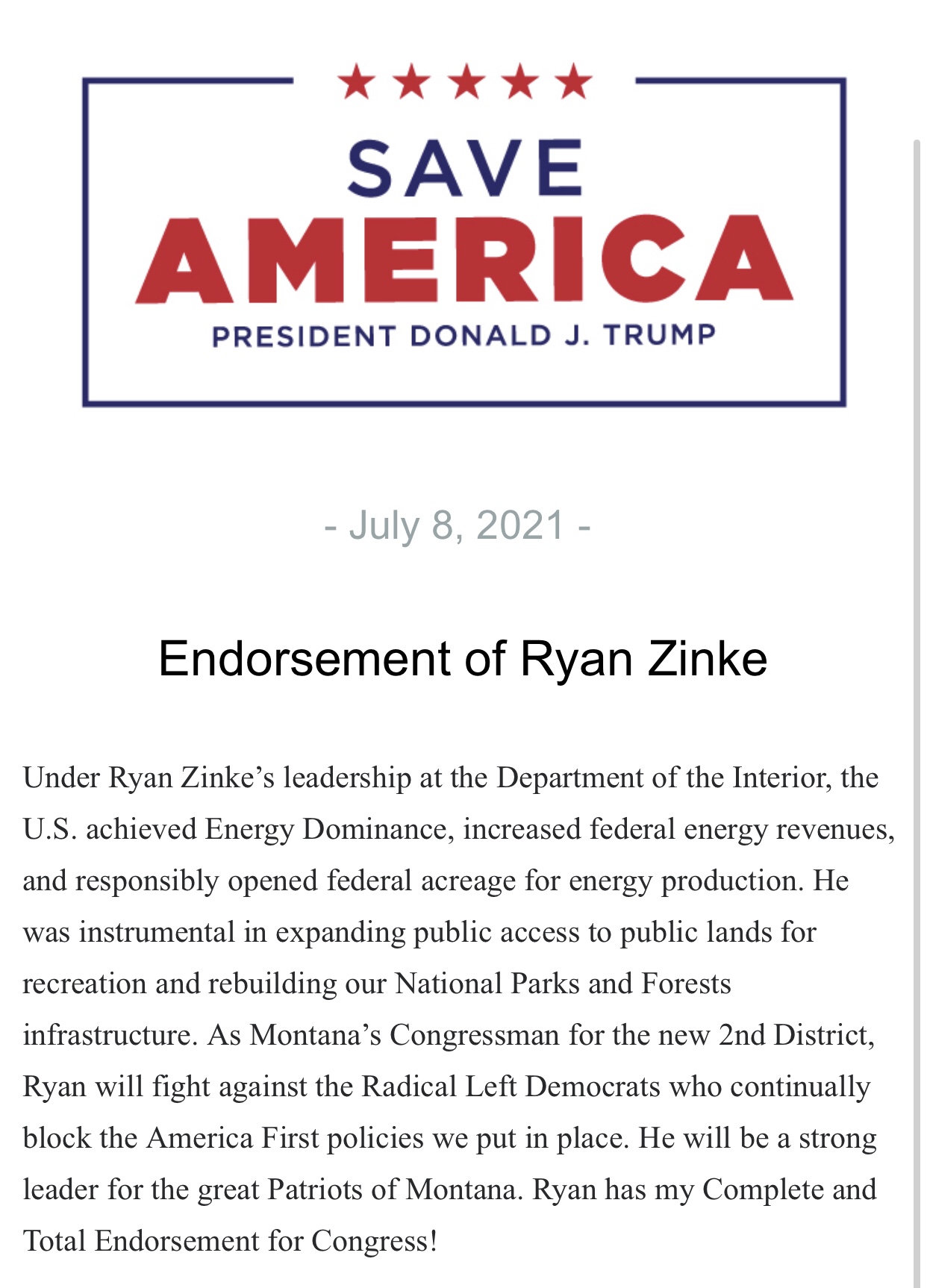 (Related: 45 Announces His ‘Complete & Total Endorsement’ For Sen. Rand Paul: “He Fights Against The Swamp In Washington”)