Manfred announced his decision on Friday after facing pressure from the MLB Players Association and sponsors to move the game in protest of sweeping changes to Georgia’s election laws.

As reported by CNBC:

The decision follows an election bill signed on Wednesday by Georgia Gov. Brian Kemp, which opponents say disproportionately disenfranchises people of color. It’s one of the first tangible responses to the law, which was denounced by business executives across the United States earlier this week.

One of the key changes made to Georgia’s election regulations requires absentee ballots to be verified based on driver’s license numbers or other documentation instead of voter signatures — a move that leftist activists argue is “racist.”

Later on Friday, President Trump issued a message via email in response to Manfred’s decision.

“Baseball is already losing tremendous numbers of fans, and now they leave Atlanta with their All-Star Game because they are afraid of the Radical Left Democrats who do not want voter I.D., which is desperately needed, to have anything to do with our elections,” Trump wrote in his email.

“Boycott baseball and all of the woke companies that are interfering with Free and Fair Elections,” he urged. “Are you listening Coke, Delta, and all!” See Below 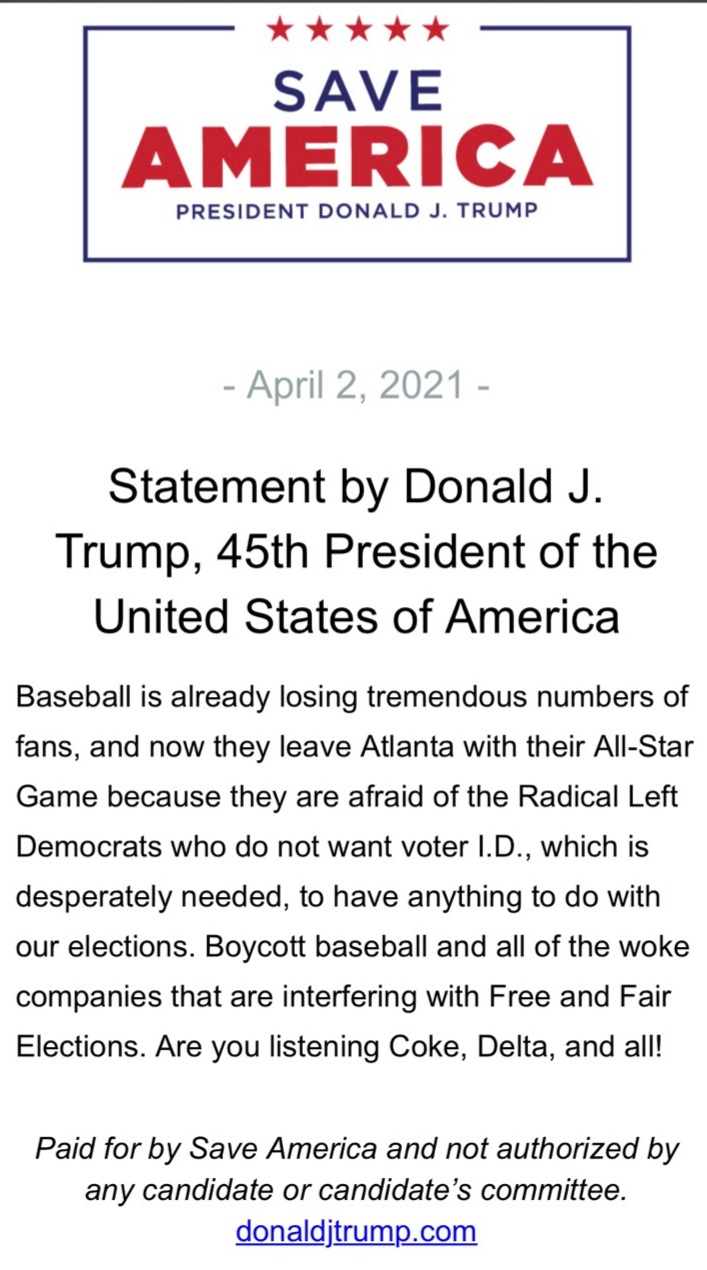 Scarborough Urges Oregon Leaders To Call In The National Guard, James Woods Responds: “The #SleepyJoe Mob Is Waking Up”