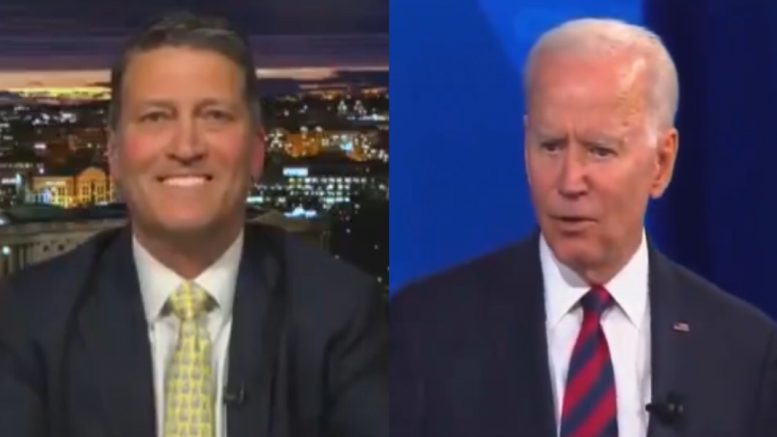 Rep. Jackson, last month, had also sent a letter to 78-year-old Joe Biden and called on him to immediately undergo a cognitive test and publicly share the results to prove he is “mentally fit to be commander in chief”, as previously reported by The Freedom Times.

Rep. Jackson predicted that Joe Biden will either be forced to resign or will face the 25th Amendment regarding whether he’s mentally fit to remain in office.

“I’m at the point right now where you know, I went from, you know, telling people, we should be concerned about what might potentially be going on, to now saying, ‘Hey, what is happening right now?’” he asked.

“Where are the people in our academic medicine that were out there calling for President Trump to have a cognitive test? Where are these people?” Rep. Jackson wondered. Continued Below

Mr. Jackson also speculated that members of Biden’s Cabinet may be discussing whether he’s mentally fit to remain in office.

“This is a national security issue at this point … it really is,” he expressed. Video Below

Something's SERIOUSLY wrong with Biden – and it's only going to get WORSE! It's past the point of embarrassment. He's lost. He's confused. He can barely put a coherent sentence together. He MUST have a cognitive exam and release the results! pic.twitter.com/Pk5Pq2V5Um

Joe Biden needs to take a physical & cognitive exam! President Trump did, why is Biden so afraid of it? Demand he take the test at https://t.co/z34Pt0B7en!

Matt Gaetz’s Son, Nestor, Responds To Rep. Richmond’s Remarks: “You’re Kind Of Being A Hypocrite There”