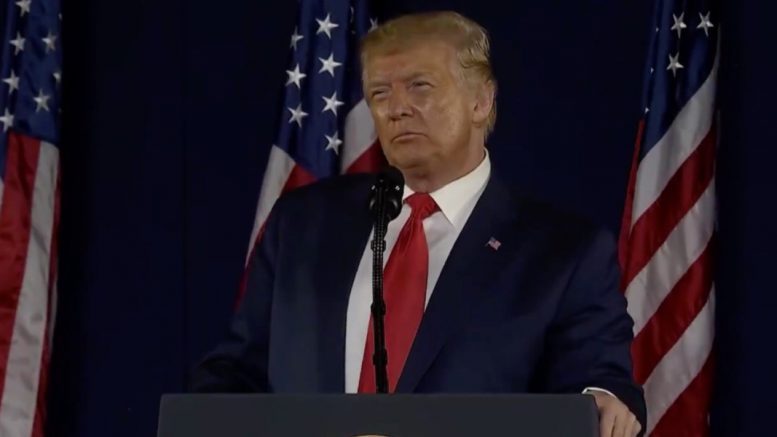 President Trump announced during a Fourth of July celebration at Mount Rushmore on Friday, an executive order to create a “National Garden of American Heroes” that will feature statues of notable Americans.

“These statues are silent teachers in solid form of stone and metal. They preserve the memory of our American story and stir in us a spirit of responsibility for the chapters yet unwritten. These works of art call forth gratitude for the accomplishments and sacrifices of our exceptional fellow citizens who, despite their flaws, placed their virtues, their talents, and their lives in the service of our Nation,” reads the executive order.

“I am signing an Executive Order to establish the National Garden of American Heroes, a vast outdoor park that will feature statues of the greatest Americans to ever live,” the Commander in Chief proclaimed on Friday.

President @realDonaldTrump says that he will sign an Executive Order to create a new National Monument to honor all of the great American Heroes. The "National Garden of American Heroes" will be an outdoor park featuring "the greatest Americans to ever live." 🇺🇸🇺🇸 pic.twitter.com/x10nseLiDj

The executive order establishes the Task Force for Building and Rebuilding Monuments to American Heroes, which will be empowered to use funding from the Interior Department to establish the site. The task force has 60 days to submit a report to the White House detailing options for the creation of the National Garden, including potential locations, The Hill reported.

Under the order, the garden will be open prior to July 4, 2026, the 250th anniversary of the proclamation of the Declaration of Independence. Continued Below

President Trump also railed against people tearing down statues during his speech at Mount Rushmore, accusing them of wanting to “overthrow the American Revolution” and fundamentally change the country.

“There is a new far-left fascism that demands absolute allegiance. If you do not speak its language, perform its rituals, recite its mantras and follow its commandments, then you will be censored, banished, blacklisted, persecuted and punished. Not going to happen to us,” he said.

This left-wing cultural revolution will never be allowed to destroy our way of life or take away our freedom. pic.twitter.com/BZPYERHXdy