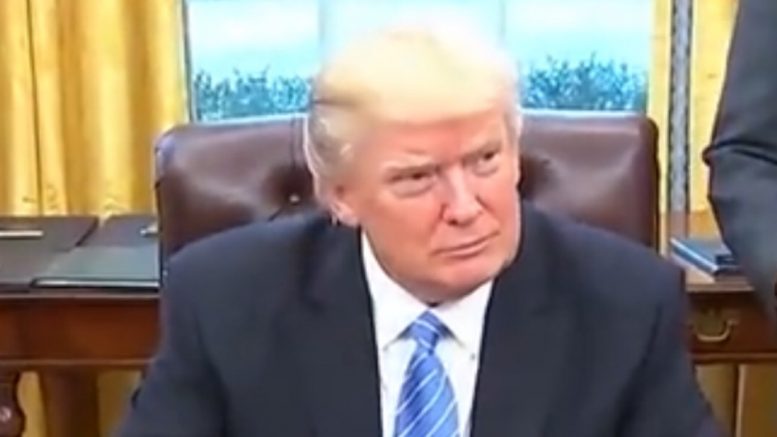 Former President Donald Trump issued a statement Friday regarding the November 2020 presidential election via email from his Save America PAC, along with posting it on his new online platform he set up to communicate with his followers: “From The Desk of Donald J. Trump.”

The 45th President, in his remarks, ramped up pressure on Michigan and Wisconsin legislatures to “review” the early morning vote “dumps”, which occurred in both states on November 4th for Joe Biden in the election.

Trump’s statement is as follows:

At 6:31 in the morning on November 4th, a dump of 149,772 votes came in to the State of Michigan. Biden received 96% of those votes and the State miraculously went to him.

Has the Michigan State Senate started their review of the Fraudulent Presidential Election of 2020 yet, or are they about to start? If not, they should be run out of office. Likewise, at 3:42 in the morning, a dump of 143,379 votes came in to the state of Wisconsin, also miraculously, given to Biden.

Where did these “votes” come from? Both were State Election changing events, and that is on top of the other corruption without even including the fact that neither state got Legislative approval, which is required under the United States Constitution. Continued Below 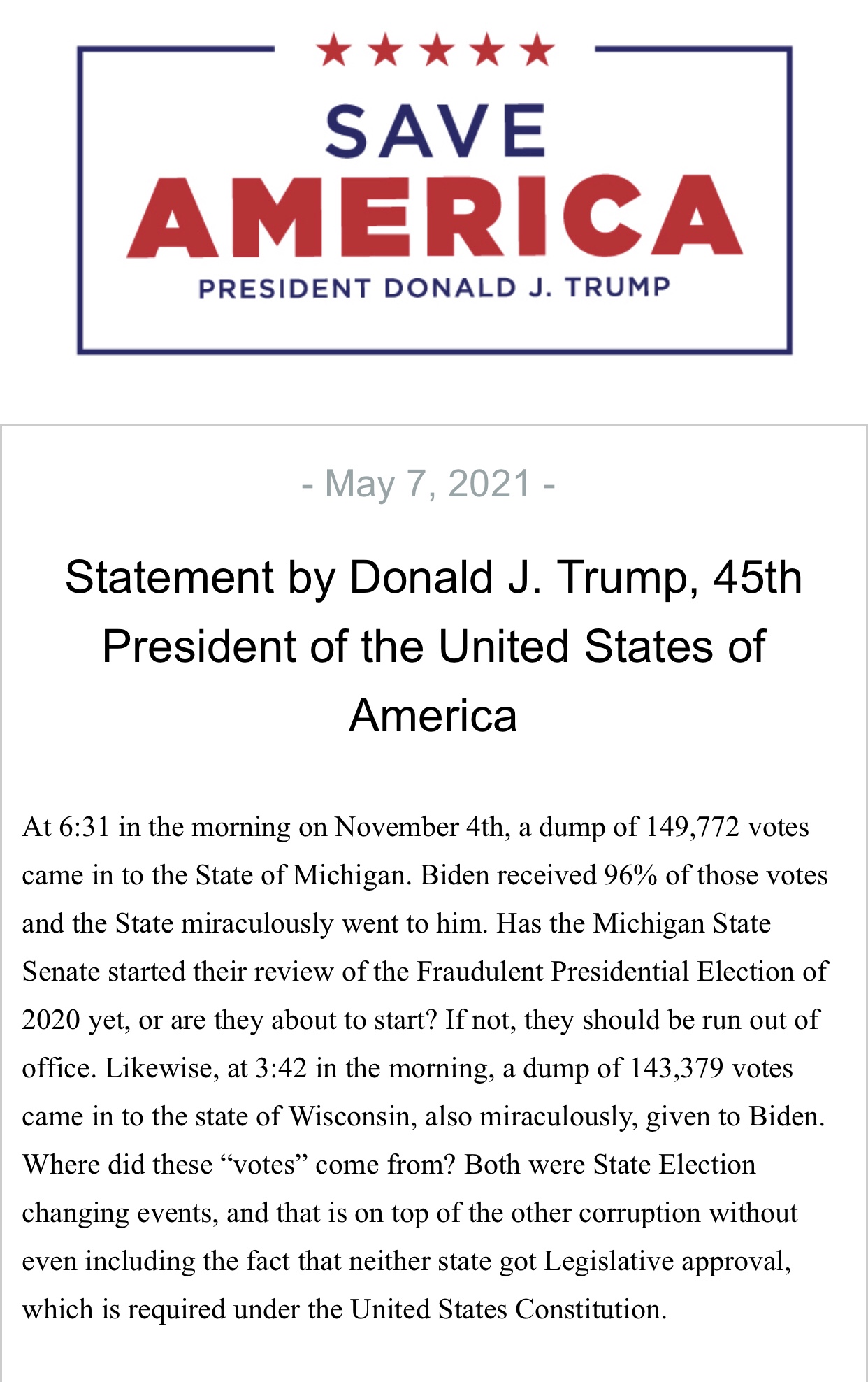 The Associated Press reported that in a letter to GOP Senate President Karen Fann, the head of the Justice Department’s Civil Rights Division said the Senate’s farming out of 2.1 million ballots from the state’s most populous county to a contractor may run afoul of federal law requiring ballots to remain in the control of elections officials for 22 months.

(Related: Dr. Kelli Ward Issues An Update on AZ’s Election Audit: “The Most Serious Assault by the Democrats to Date”)