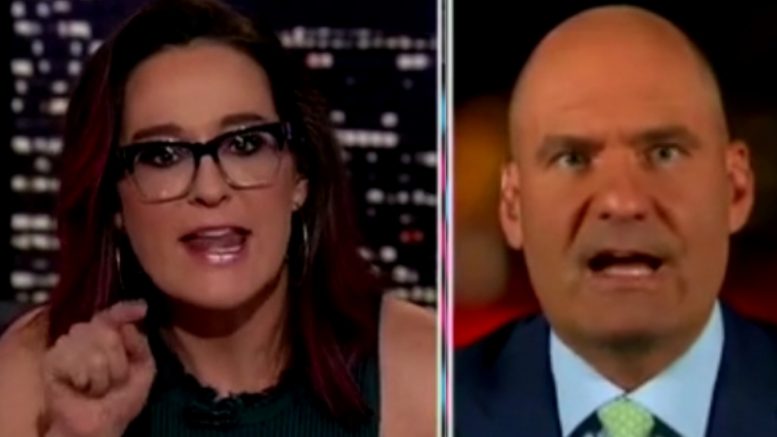 Fox News host Kennedy let her viewers know exactly how she felt about Democrat political analyst Chris Hahn after getting into a heated debate over Joe Biden’s historical position on drugs.

Panelists were discussing 21-year-old sprinter Sha’Carri Richardson getting banned from competing in the 2021 Summer Olympics after testing positive for marijuana, when Biden’s strong influence on the war on drugs was brought front and center.

A full-blown argument broke out after Chris Hahn tried to downplay Biden’s past support for criminalizing minor drug offenders, suggesting he has “evolved on this issue.”

“Dingbat! Watch the show if you’re gonna pick it apart…idiot,” Kennedy said to Hahn before the segment ended.