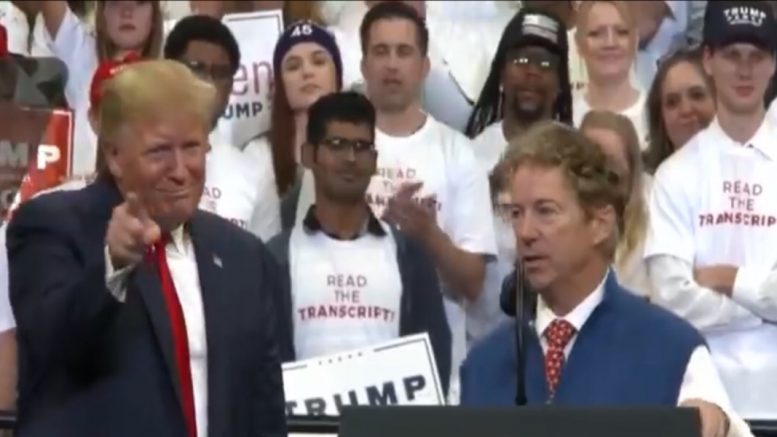 Former President Donald Trump announced via email Thursday, his “complete and total endorsement” for Senator Rand Paul (R-KY) for “another term in the U.S. Senate”.

Earlier in the day, the 45th President also released a statement from his Save America PAC– via email, urging Senator Johnson to “run” for reelection.

Rand Paul has done a fantastic job for our Country, and for the incredible people of Kentucky. He fights against the Swamp in Washington, the Radical Left Liberals, and especially the destructive RINOS, of which there are far too many, in Congress.

Rand will continue to stand up for our great AMERICA FIRST policies because he believes in stopping wasteful spending, defending our Second Amendment rights, and taking care of our Military and our Vets.

I am proud to be working with Rand in our battle to Make America Great Again. He has my Complete and Total Endorsement for another term in the U.S. Senate. The Commonwealth of Kentucky has a true champion in Rand Paul. Continued Below 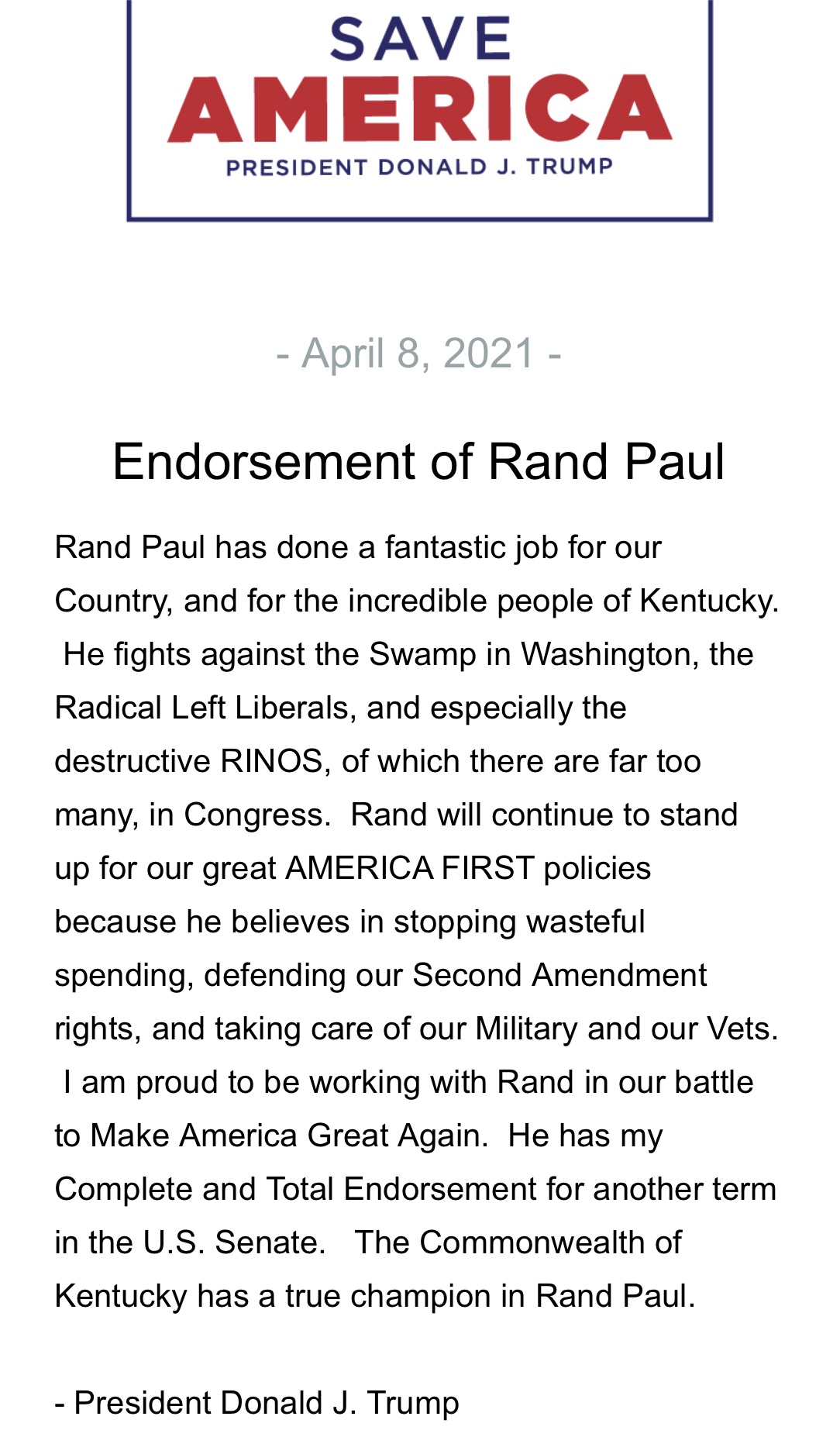 In February, President Trump warned sitting Republican lawmakers that he could back primary challengers if he deems them to be insufficiently loyal.

“Where necessary and appropriate, I will back primary rivals who espouse Making America Great Again and our policy of America First. We want brilliant, strong, thoughtful, and compassionate leadership,” he said in a statement. Continued Below

Most recently, Trump announced his “complete and total endorsement” for Senator Ron Johnson (R-WI) and for Congressman Mo Brooks (R-AL) in the U.S. Senate race.

The 45th President has also endorsed Senator John Boozman (R-AR) along with Henry McMaster, the governor of South Carolina since January 24, 2017, Lieutenant Governor, Tim Griffin, who is running for Attorney General in Arkansas, Republican Senator Mike Crapo of Idaho, and Congressman Jody Hice (R-GA) for Secretary of State in the state of Georgia to oust Brad Raffensperger.

He endorsed former campaign adviser Bob Paduchik in the race to be the next chair of the Ohio Republican Party and former White House press secretary and close ally Sarah Huckabee Sanders in her gubernatorial bid for Arkansas governor.