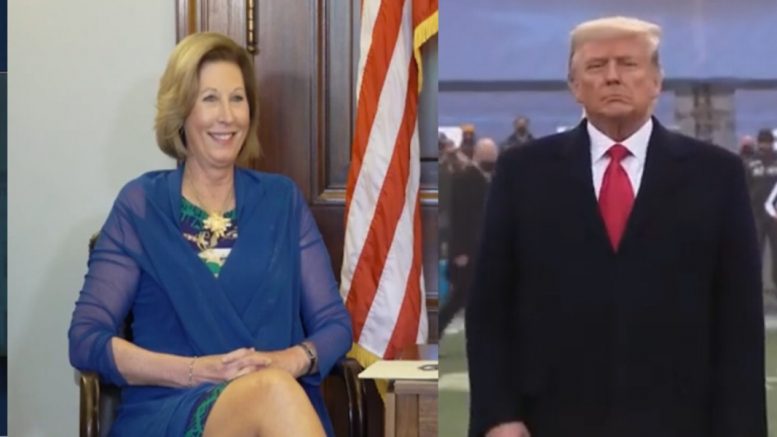 In September 2018, President Donald Trump signed an executive order on imposing certain sanctions in the event of foreign interference in a United States election and declared a national emergency to deal with this threat.

According to the text of the executive order issued by President Trump:

Not later than 45 days after the conclusion of a United States election, the Director of National Intelligence, in consultation with the heads of any other appropriate executive departments and agencies (agencies), shall conduct an assessment of any information indicating that a foreign government, or any person acting as an agent of or on behalf of a foreign government, has acted with the intent or purpose of interfering in that election.

The assessment shall identify, to the maximum extent ascertainable, the nature of any foreign interference and any methods employed to execute it, the persons involved, and the foreign government or governments that authorized, directed, sponsored, or supported it. The Director of National Intelligence shall deliver this assessment and appropriate supporting information to the President, the Secretary of State, the Secretary of the Treasury, the Secretary of Defense, the Attorney General, and the Secretary of Homeland Security.

Sidney Powell told The Epoch Times she believes that due to that executive order, it can give President Trump “all kinds of power …  to do everything from seize assets to freeze things, demand the impoundment of the machines,” referring to voting machines. Continued Below

“Under the emergency powers, he could even appoint a special prosecutor to look into this, which is exactly what needs to happen,” Powell added. “Every machine, every voting machine in the country should be impounded right now. There’s frankly more than enough criminal probable cause to justify that, for anybody who’s willing to address the law and the facts purely on the basis of truth and not politics, or corporate greed, or global wealth.”

Powell noted that Director of National Intelligence John Ratcliffe has only a few days left until he is to prepare his report to the president, according to the September 2018 executive order. It’s not clear when— or if —Ratcliffe will issue the report, as no public confirmation has been given so far. Little mention has been made of the executive order since it was issued more than two years ago, the Epoch Times reported.

Should Ratcliffe issue his order, “It’s going to blow the mind of every citizen in the country who’s willing to look at the truth and the facts,” Powell said. “Because there’s never—we’ve never witnessed anything like this in the history of this country. And it’s got to be stopped right now or there will never be a free and fair election.” Continued Below

The three star general told Bartiromo, “I would also add that we have conclusive evidence of foreign interference in our election, and it’s available to the public right now at DefendingTheRepublic.org or at Kraken-Wood.com. And that to me, … you have the DNI coming up, I think this Friday, with a report on a whole range of issues”.

“If [John Ratcliffe] does the duty that I think he is very capable of doing, and the intelligence community provides a clear unfiltered assessment, then they’re gonna discover that. And one of the things that I would recommend if I were the DNI, or certainly if I were the national security advisor, I think that the President of the United States has to trigger his executive order of 2018 and probably appoint a special counsel to look into all of this,” General Flynn recommended.

General Flynn added of the 2018 executive order: “And what that does is slow everything down and has to put on a fast track to be able to determine exactly what happened. Because we have serious, serious foreign influence problems with this Dominion voting machines.” Continued Below

A Northern Michigan judge has allowed Michigan Attorney General Dana Nessel and Secretary of State Jocelyn Benson to block the results of a forensic audit of Dominion machines in Antrim County, where thousands of votes for President Trump were flipped to Joe Biden, as reported by American Greatness.

“… Through our lawsuit we were able to get access to the Dominion Voting System program and my team went on last Sunday, and we took forensic images on that computer system, 16 CF data cards, 16 thumb drives, and we got the forensic image of the actual tabulation machine in the Antrim County clerk office,” DePerno told Newsmax. Continued Below

The results have not been “disclosed”, according to Kevin McCullough, is “because the attorney general, an elected Democrat by the name of Dana Nessel, in the state of Michigan, had ordered the disclosure to be stopped”, adding that a judge “ruled in favor” of Nessel stopping the public from knowing the forensic audit results of the Dominion voting machines.