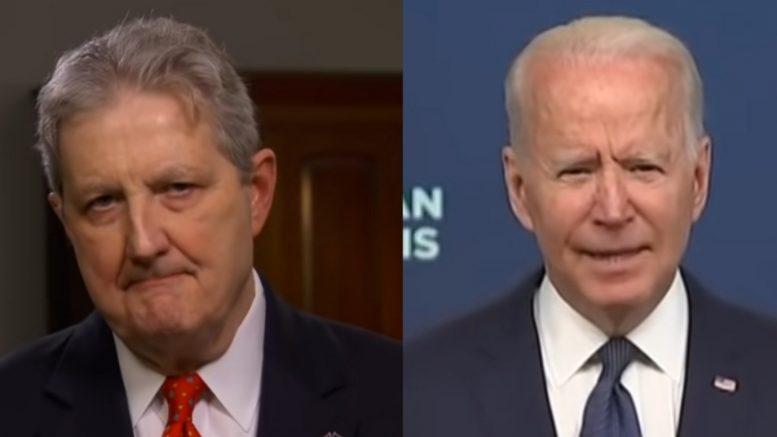 Sen. John Kennedy (R-La.) doesn’t know who is ‘running the show’ at the White House, but in the end it is Joe Biden who should be held ‘responsible’ all ‘actions’ of his administration whether or not he’s calling all of the shots.

Sen. Kennedy made the assertion while appearing on Wednesday’s airing of Hannity.

Related Article: Greg Kelly Questions If Biden Is Really In Control, Indicates The Three ‘Most Powerful People’ He Suspects Are In Charge

“Sean, I don’t know,” replied Sen. Kennedy. I” don’t know. I just judge the man by his actions. President Biden is responsible whether he’s running the show or not.”