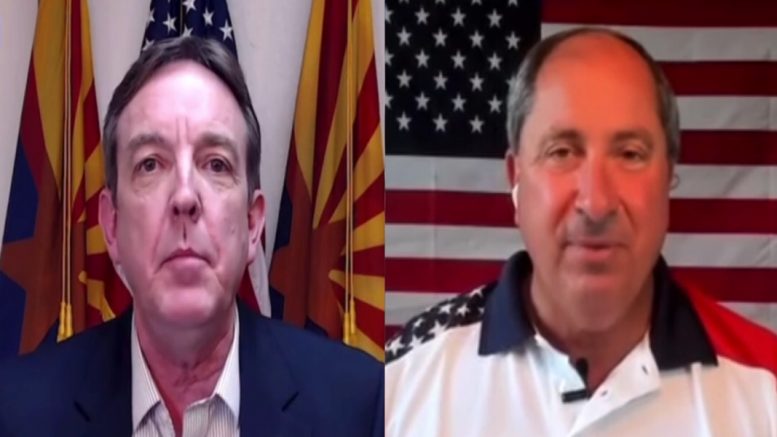 Former Secretary of State and former Senate President Ken Bennett, who is running the forensic audit for Maricopa County, Arizona, said Thursday during an interview on Real America’s Voice’s “Outside the Beltway” that they have the “packet captures” from the Dominion machines and they are “going through every bit of it”.

“The data collection has occurred,” Bennett told host John Fredericks. “So now we move from the hand count, which has been completed, and we have also taken forensic images of every one of the approximately 2.1 million ballots. We’ve taken forensic images of those– the auditors have. And now it kind of changes from data gathering to data comparison. In my idea, the audit is starting.”

Asked if he has the “packet captures” from the Dominion machines and if they will be able to analyze them, Ken Bennett replied, “Yes.”

“I heard Mike Lindell talking about those. … We received 118 terabytes of information from Maricopa County and so, you wonder why this has taken several weeks. It might take another month or two. We are going through every bit of it,” he explained.

Bennett was referring to “packet captures” which can be explained in Mike Lindell’s latest documentary titled “Absolutely 9-0”, as previously reported by The Freedom Times.