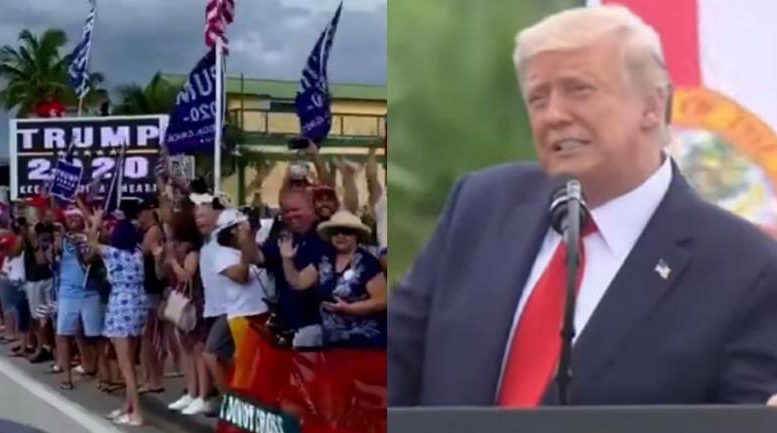 President Donald Trump visited Jupiter, Florida on Tuesday where he touted himself as a champion of the environment and signed an order extending the moratorium on offshore drilling on Florida’s Gulf and Atlantic coasts, as well as off the coasts of Georgia and South Carolina.

While departing Jupiter after giving his remarks regarding the order to extend the ban on new offshore drilling in Florida, the Commander in Chief was greeted with a massive crowd of supporters who could be seen in a video clip as the presidential motorcade passed through.

Meanwhile, on Monday, thousands of supporters of President Donald Trump took to the waters on Labor Day for a boat parade in Jupiter, Florida.

The parade started at the Jupiter Inlet around 11 a.m. and made its way south toward Mar-A-Lago. The only requirements to join were a boat and a Trump flag.

Organizers expected close to 1,500 boats to participate. The organizer also told those participating that President Trump’s son Donald Trump Jr. and other family members would be joining them in the parade, WPBF reported. Video Below

The Trump Boat Parade in holding pattern in Jupiter, Florida.

(Related: Hundreds Of Trump Supporters Line Up To Greet The President Upon His Arrival To Vaccine Factory)