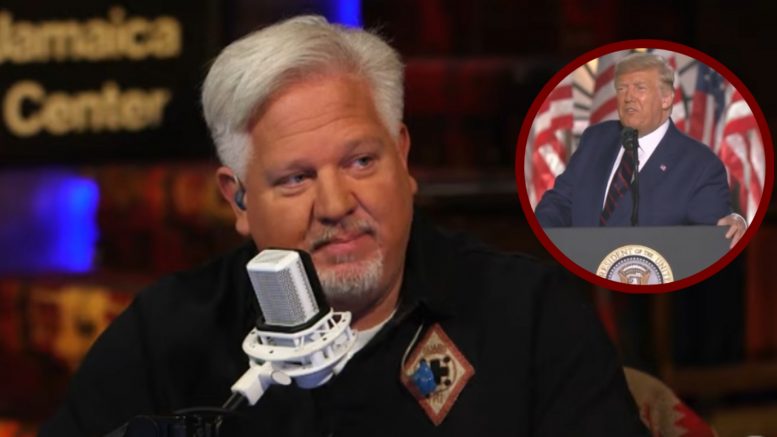 On the final night of the Republican convention on Thursday, conservative commentator Glenn Beck publicly voiced remorse for things he “said and believed in 2016” about then-candidate Donald Trump.

In a six-part statement posted to his Twitter account, Beck, who was once a staunch “Never Trumper,” admitted that President Trump has proven him wrong “at almost every turn” and “in the most dramatic cases.”

Related Article: Dana White: “Trump May Be The Only President In Modern Times Who Has Done Everything He Said He Would Do”

Beck then referenced his interview with Donald Trump Jr. earlier in the week as a pivotal moment, where he realized the level of harm his negative remarks may have had on the Trump family during the course of the 2016 election, and that he regrets not personally apologizing to Don Jr. while on the air with him.

“I am feeling so humbled this week. I feel truly horrible for the things I said and believed in 2016 about @realDonaldTrump . I believed the worst politically, which he proved me wrong at almost every turn. In the most dramatic cases (life/Israel/China/ authoritarian).

“I expected @realDonaldTrump to take control federally at the first opportunity. Here we are in a massive crisis. Bush ‘violated the free market to save the free market.’ Trump could have violated federalism to ‘save federalism’ yet he has stood firm through COVID. Continued Below

“But let me cut to the chase. I believed he actually didn’t care about people. When @realDonaldTrump called me after my fathers death, I assigned the motive to politics – AND SAID SO. What haunts me this week is how my words must have hit his children. How did I miss, the sharpness of my ‘judgement’ without consideration of family. Me? A guy who has lived it from his side.

“I wanted to end my interview with @realDonaldTrump son this week w/ a personal apology, who had spent 20 minutes with me as if we were old friends. I didn’t want to embarrass myself in the end and failed to do the right thing again.

“I don’t regret my doubts or expressing my concern in 16, but the fact that I missed his humanity and was blind to his family. I said at the time, ‘I hope I am wrong and will be the first to admit it.’ I did. On air and personally to the president himself. But it was all about politics.

“I knew he loved his children and they him. What I failed to see, is the reason I think they love him. @realDonaldTrump is a loud New Yorker with a private heart.”Continued Below

1). I am feeling so humbled this week. I feel truly horrible for the things I said and believed in 2016 about @realDonaldTrump . I believed the worst politically, which he proved me wrong at almost every turn. In the most dramatic cases (life/Israel/China/authoritarian) cont

In ending, here is video of Beck admitting that he  “misjudged” President Trump in 2016: