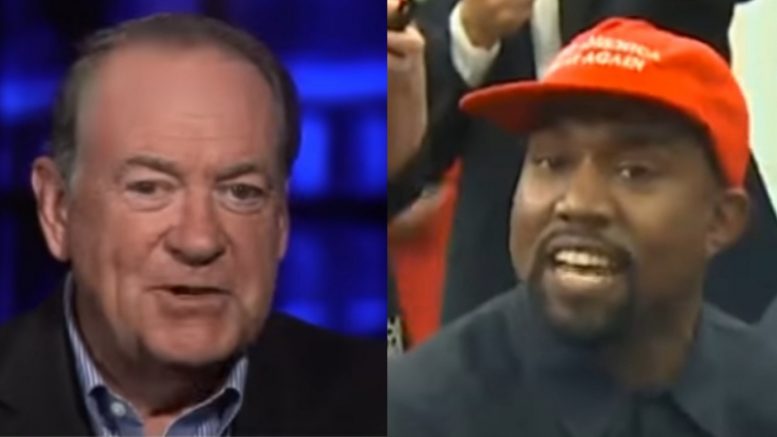 Former Arkansas Governor Mike Huckabee thinks it’s going to be a “rude awakening” if rapper Kanye West follows through with running for President.

On Saturday, Kanye caused a national frenzy after he announced through his Twitter account that he will be running for President in 2020.

“We must now realize the promise of America by trusting God, unifying our vision and building our future. I am running for president of the United States 🇺🇸!” Kanye tweeted along with the hashtag #2020VISION.

In response to Kanye’s tweet, Mike Huckabee said, “It’s a free country. He can certainly run. I think he’s gonna be surprised to find out all of the incredible limitations upon his entertainment career the moment he becomes an official candidate for President.”

With that said, Huckabee pointed out the “vast financial reporting,” all of the unpleasant “disclosures” and all of the “financial limitations” that will be immediately placed on Kanye if he does, in fact, choose to run for President.

“I think it’s gonna be rude awakening,” he declared before issuing some friendly advice to Kanye.

Related Article: In His Debut Back To Social Media, Kanye Drops A MAGA MOAB On All Of His Fans: ‘I’m Performing With My [Bleep]-ing Hat!’

“He should come talk to me and maybe sixteen others of us who stood on the stage with Donald Trump in 2016,” Huckabee advised. “And he should ask me how that goes before he really jumps into the deep end of the pool.”

“I might have some advice for him, and I promise it would be good advice,” he proclaimed. Video Below

Crowd Erupts Into Laughter As Trump Comments On Biden’s Air Force One Stumble: “I Didn’t Lose To Him”