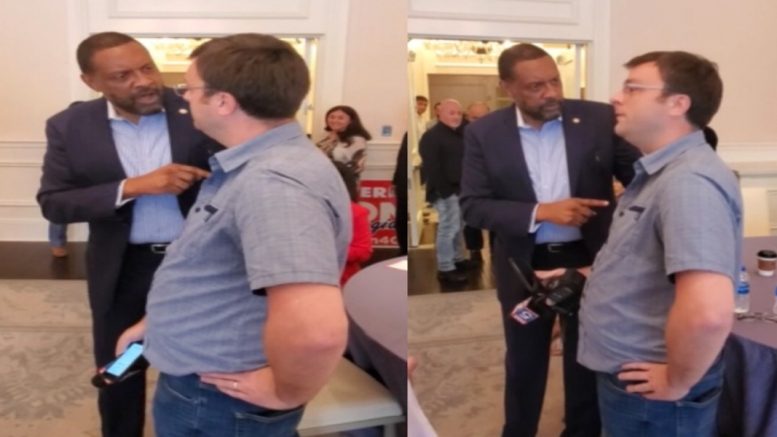 Giuliani said his main reason for endorsing Jones was their shared belief that then-President Trump was cheated out of Georgia’s 16 electoral votes and the overall election. “The current governor has been a failure. I mean, he’s had his time. He put together an election that wouldn’t have passed muster in Africa, Asia, in undeveloped countries,” Giuliani said, as reported by Daily Herald.

Following a press conference on Wednesday, Vernon Jones stepped in to defend America’s mayor from CNN and called Joe Biden a “bigot”.

“I want you to ask the Attorney General [Merrick] Garland … why is it that he wants to come to Georgia and investigate Georgia’s so-called Jim Crow laws, but he won’t investigate or even ask for a forensic audit in the 159 counties in Georgia. He won’t even look at Stacey’s Law was used in our election versus state law,” Mr. Jones said to a CNN reporter.

“That’s a fact and undisputed violation of the Constitution. I’ll ask you: Was the drop off boxes used in 2020 elections? Was it? Was it used in the 2020 election? Now be as bold as you were bold to ask Rudy Giuliani questions,” Jones directly said to the reporter. “I’m asking you now. Were the drop-off-boxes used? Let’s put the camera on him.”

The reporter responded: “I do not know, sir”, which prompted Jones to to ask, “Are you open to looking to see if they were?”– The CNN reporter ultimately deflected, refusing to answer Mr. Jones.

“See this is the fake news from CNN. All they want to do is control their liberal narrative. That’s it. That’s a prime example of it. You all have never had me on your show before, because you know Joe Biden is a bigot and you don’t want me on there calling Joe Biden a bigot,” Jones said.

“Well I have a lawyer and an accountant. … So Joe Biden is a bigot. You know it, and I know it. But CNN wants to put people on there that carry their narrative. CNN is bigoted, race-based and they’re racists. And they use you to carry out their racist agenda,” he added. Continued Below

(Related: Vernon Jones Reacts As The DOJ Says They’re Suing Georgia: “They Think Black People Are Too Damn Dumb To Secure A Voter ID & Properly Vote. This Is Racism At Its Worst”)