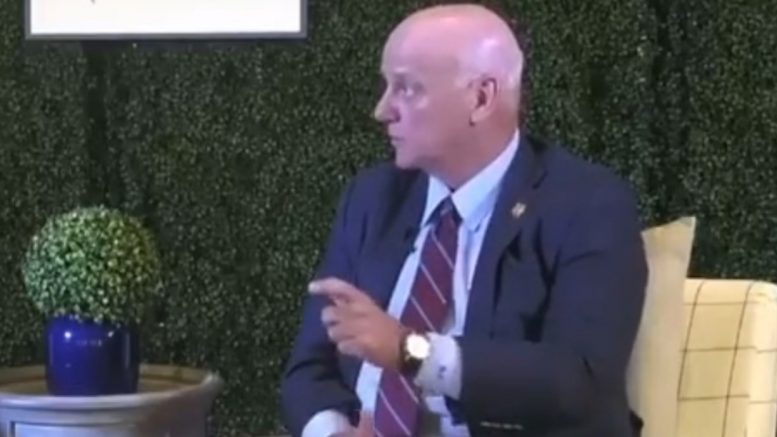 Appearing for an interview with John Fredericks of Real America’s Voice, Georgia State Senator Brandon Beach speculated how the process would pan out during an election audit in his state.

Sen. Beach suspects that the ‘evidence’ would be ‘so overwhelming’ in Fulton County alone that it would be enough to prove ‘anywhere between 17,000 to 34,000 ballots’ were fraudulently tallied, which is much higher than Joe Biden’s margin of victory over former President Donald Trump in the state.

At that point, Sen. Beach suggested that state legislators could ‘ask for’ Georgia’s 16 electoral votes back and ‘park em here.’

“I think we can ask for our 16 electoral college votes back and park em here,” Sen. Beach said. “…Bring em back and park em in Georgia, and then if Arizona would do that and if a couple other states did that and it got below 270, then the 12th Amendment would kick in and Congress would have to act.”