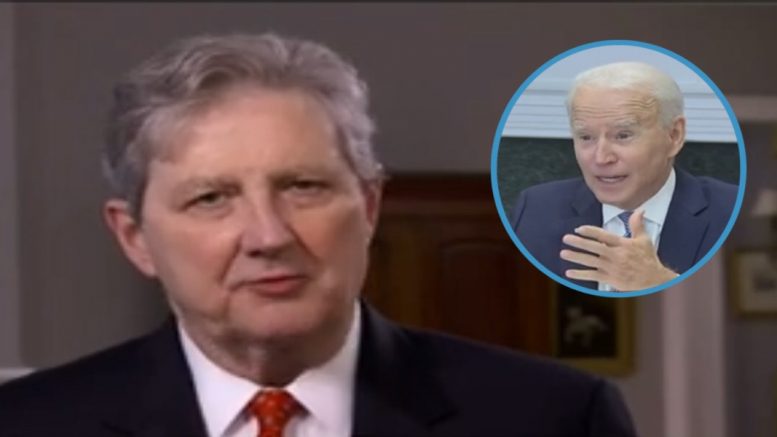 Joe Biden issued an executive order Friday to form a commission to study reforms to the Supreme Court of the United States.

According to the White House, the commission will look into “the length of service and turnover of justices on the Court; the membership and size of the Court; and the Court’s case selection, rules, and practices.”

“The Commission’s purpose is to provide an analysis of the principal arguments in the contemporary public debate for and against Supreme Court reform, including an appraisal of the merits and legality of particular reform proposals,” the White House said in a press release.

“The topics it will examine include the genesis of the reform debate; the Court’s role in the Constitutional system; the length of service and turnover of justices on the Court; the membership and size of the Court; and the Court’s case selection, rules, and practices,” per the release.

Senator John Kennedy (R-LA) reacted Monday to Biden forming a commission, during an interview on Fox News, saying that he “can’t tell yet whether the president believes this silliness, or he’s trying to appease the wokers”.

“I can tell you, the wokers do want to pack the Supreme Court. Their vision for the United States Supreme Court is a lot different from the vision of the American people– that they want activist judges. They want judges that rewrite the United States Constitution, which I’m very found of– every other Thursday to advance some agenda that they could never get by the voters,” Senator Kennedy said.

“They want activist federal judges who are basically politicians in robes, and they’re upset at the fact the United States congress confirmed three real call it like you see it judges to the Supreme Court, so they want to pack it. I hope President Biden doesn’t give in to them. If he does, we’re gonna have a hell of a fight. I can put it that way,” the Louisiana Senator declared. Video Below

The wokers want to pack #SCOTUS with activist judges who will rewrite the U.S. Constitution to match their radical social agenda.

If Pres. Biden gives in to the radical left on this, we’re going to have a hell of a fight. pic.twitter.com/g4cs4AA56S