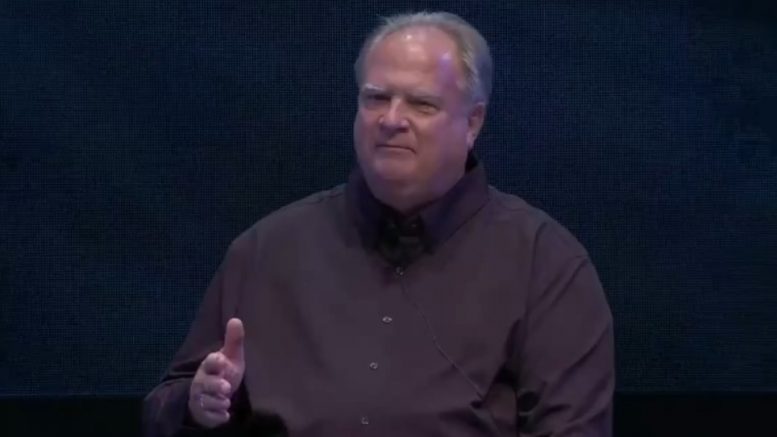 An auditor working with the Arizona Senate discussed for the first time publicly a process involving the use of high-definition digital cameras to forensically determine the authenticity of ballots cast in the 2020 election, as part if the Maricopa County audit.

Appearing in front of a live audience, Bob Hughes — who supervised the printing of the Maricopa County ballots for 16 years — gave his account of the the audit and why he believes Democrats are worried about how it is being conducted.

As transcribed by the Gateway Pundit and seen in the video below, Mr. Hughes stated as follows:

I can tell you that I could go over all the process and you’d all understand, but when a ballot gets created, think about this. It’s like your bill being paid from SRP. They go out and get your voter identification number and they find out what precinct you live in, what city, what county, where your school districts are. All that information has to be accessed to create the proper ballot exactly for you. Because you have to vote for the right candidates in a city mayoral election, council elections, JP elections, the legislative district, the congressional district.

Think of those as maps that overlay the Maricopa County area and it creates all these little sections, and all these people get a very different ballot. So if somebody did what we were told they might have done, which is gone out and just duplicate a bunch of ballots, or put the same ballot it many times, or any of these kinds of things, I knew there was a way to find that out.

So we scan that ballot. We then use optical character recognition (OCR). We’re looking at what’s in place on that ballot. Based on who that ballot is. How many should be? Can there be this many?…

…What I can tell you is you now will have the most authentic count of every legal authentic ballot you could possibly have.” Video Below