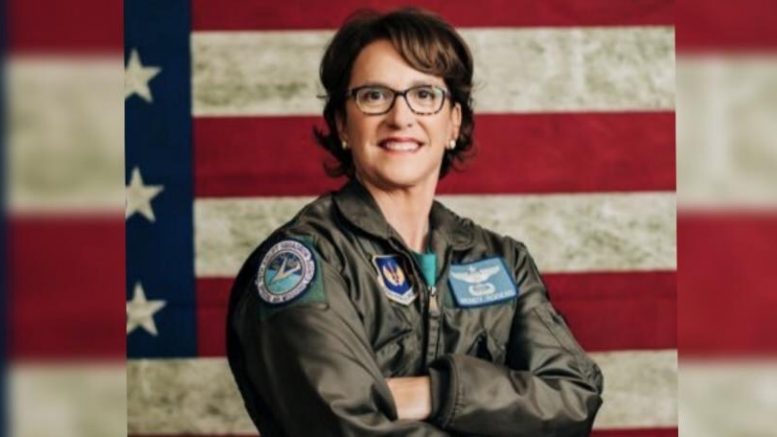 146 legislators from 38 States have now signed a letter calling for all 50 U.S. states to be audited, and electors to be decertified “where it has been shown the elections were certified prematurely and inaccurately.”

The letter, which was originally posted to social media by election integrity champion Arizona State Senator Wendy Rogers (R) and previously signed by 41 legislators from 15 different states, also calls for the US House of Representatives “to convene and vote per the US Constitution by means of one vote per state to decide the rightful winner of the [2020] election in accordance with the constitutional process of choosing electors,” as previously reported by The Freedom Times.

“BREAKING: 138 Legislators from 38 States Write a Letter to the American People Calling for a 50-State Audit, Decertification Where Appropriate, and Possible Convening of the US House of Representatives,” Rogers wrote, including the updated list of lawmakers.

BREAKING: 138 Legislators from 38 States Write a Letter to the American People Calling for a 50-State Audit, Decertification Where Appropriate, and Possible Convening of the US House of Representatives pic.twitter.com/ksv1OiEW9C

Sen. Rogers told The Freedom Times in a statement on Friday that 3 more lawmakers, one from West Virginia and two from Minnesota also signed onto the letter, bringing the total number of signers to 146 legislators from 38 states. (The additional names will be added onto an updated letter.) Continued Below

The move from various state legislators initially came just hours after the highly anticipated Maricopa County audit report was released to the public on September 24th, which declared that there were “too many discrepancies to declare an outright winner of Arizona’s electoral votes.”

“Thank you all for helping our movement get more people on board with this letter! Please read the letter, see who is on, and who is not on. Those who are not on, please ask them to sign. If they don’t sign, start working on primarying them,” Senator Rogers said in statement.

45th President Donald J. Trump also mentioned the letter from the legislatures during a “Save America” rally in Perry, Georgia on September 25th, saying in part, “It is clear in Arizona that they must decertify the election; you heard the numbers. And those responsible for wrongdoing, must be held accountable. It was a corrupt election.” Continued Below

Here is a copy of the full letter posted by Sen. Rogers on Friday and a list of names of the state lawmakers who have pulled together to support the measures laid out in it, minus the new names of lawmakers from Texas, West Virginia and Minnesota. 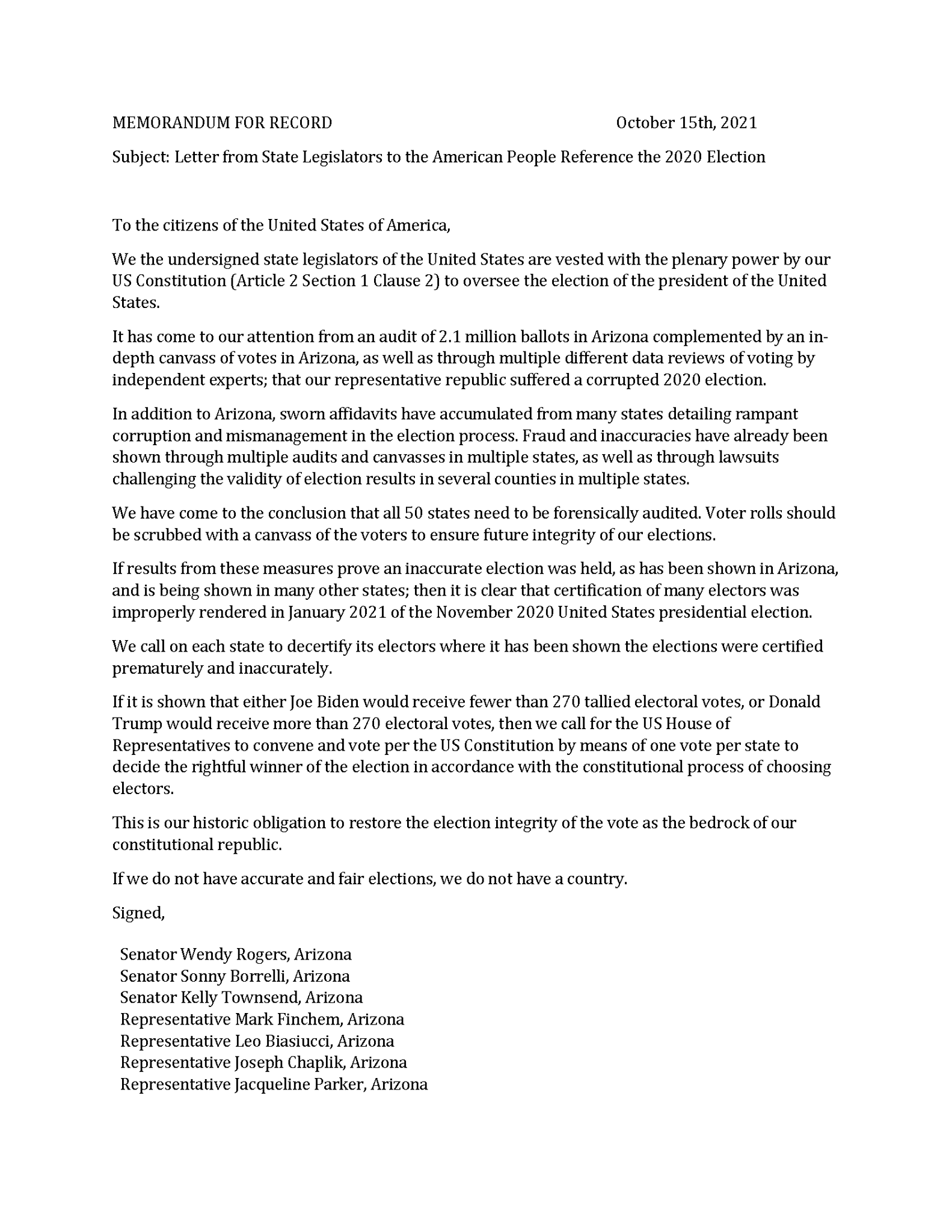 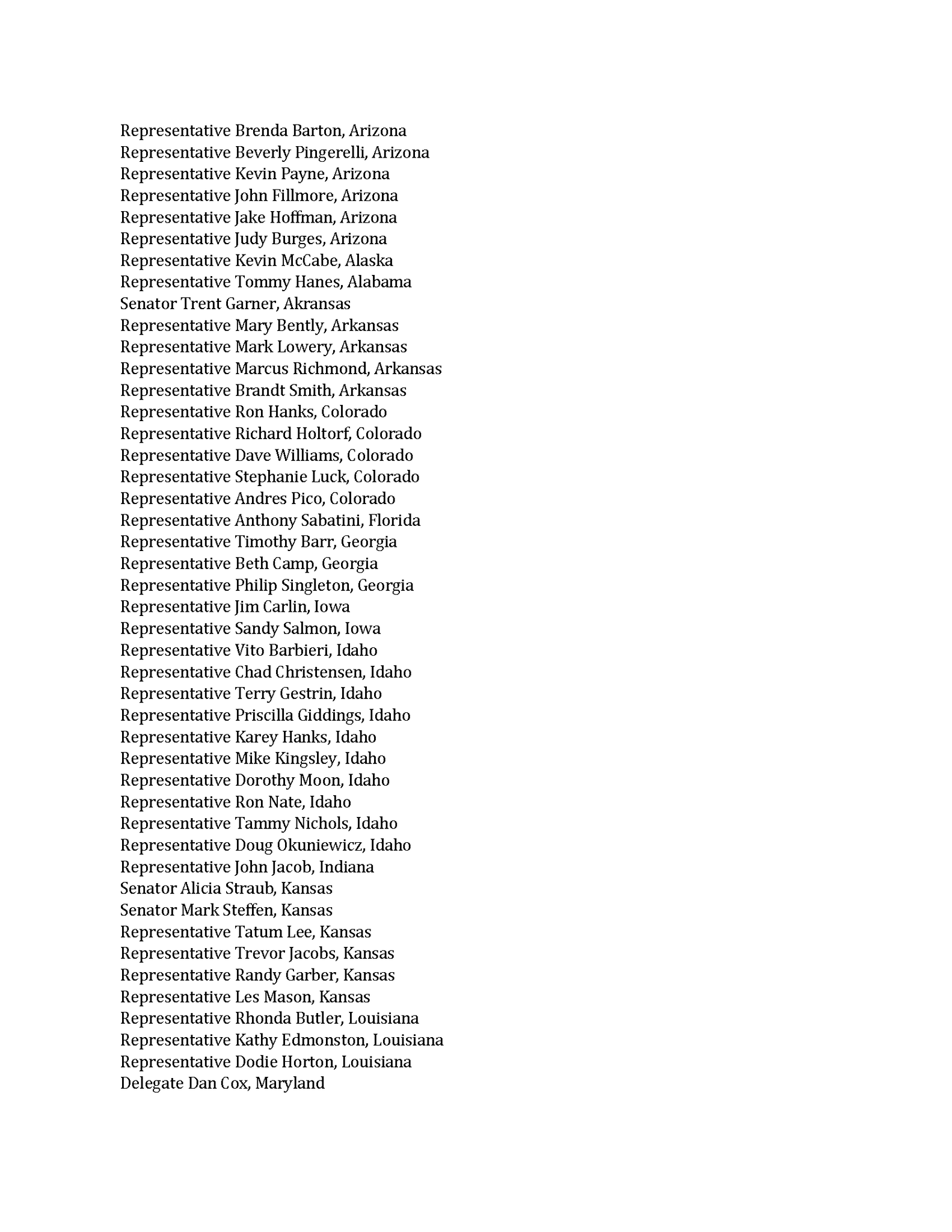 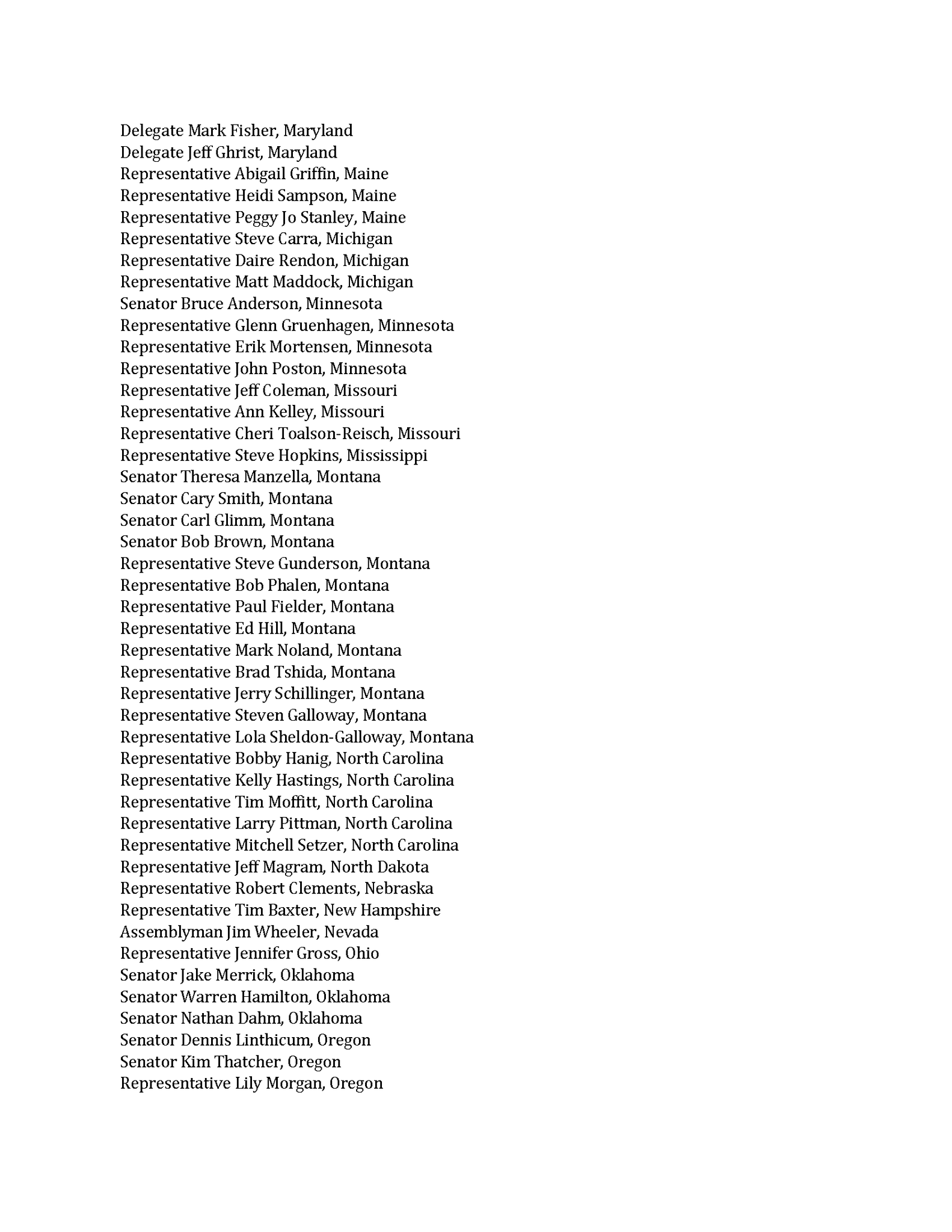 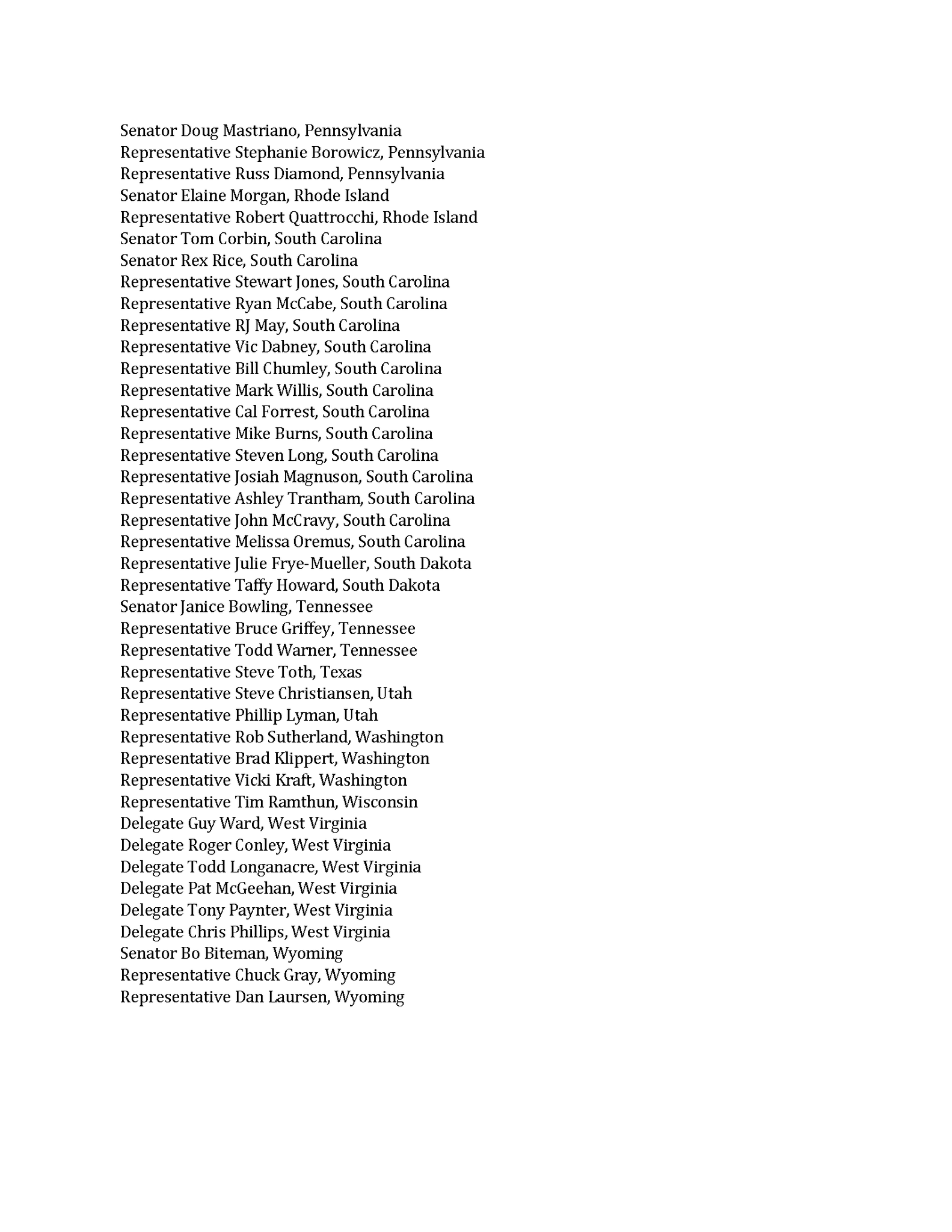