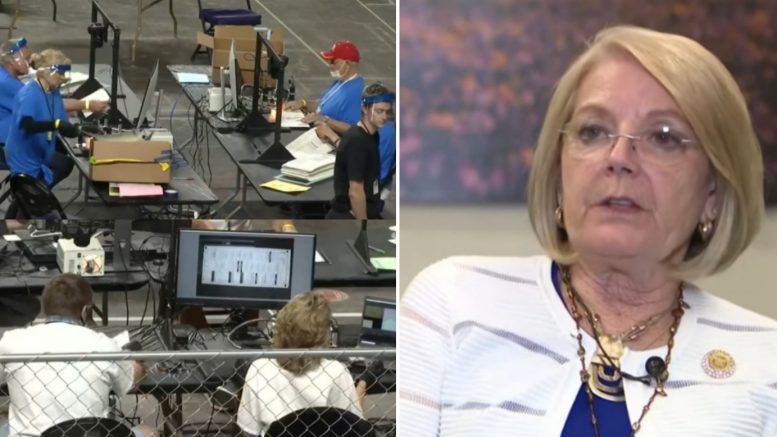 The Arizona Senate eagerly awaits the conclusion of the Maricopa County election audit and is prepared to take action based on the findings, according to One America News Network.

“The scanning process is said to conclude on Saturday and we can expect by the auditors to move out of the coliseum next week,” One America’s Christina Bobb reported on Friday from Veterans Memorial Coliseum where the audit is wrapping up.

“They will provide a preliminary report to the Senate as soon as the scanning is done and we can expect to see something from the Senate almost immediately,” Bobb said.

“The Senate will either confirm the certified votes from the election were accurate or could potentially acknowledge discrepancies, asking the county why the results don’t match,” she added. “The forensic auditors will continue their forensic investigation and provide a report in thirty days or early August.”

Bobb went on to explain that depending on what the forensic audit reveals, Arizona’s attorney general will decide whether or not it warrants a criminal investigation, which could be opened as early as August.

“Once the finalized report is available, after the court cases and investigation, the legislature will need to determine whether the evidence determines that they need to withdraw their electors,” she concluded. Video Below

Rep. Finchem Issues a Statement After Filing Preliminary Injunction Against Use of Electronic Voting Machines in Arizona