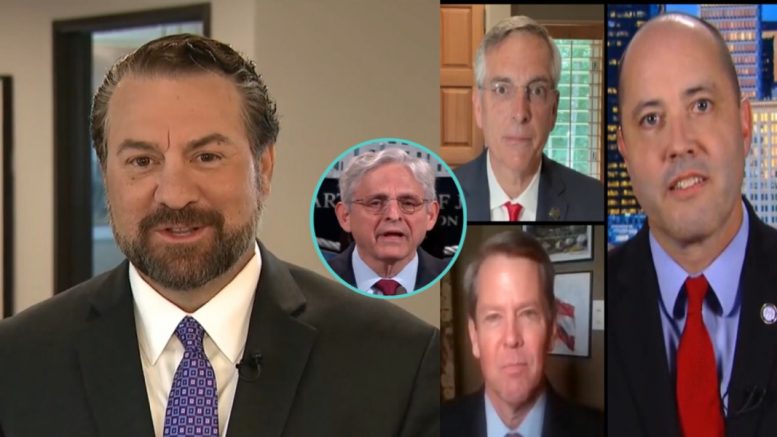 Arizona Attorney General Mark Brnovich is backing Georgia, writing in letter over what he described as an “absurdly partisan” lawsuit from the Department of Justice over the state’s election integrity laws.

Brnovich’s letter came after the Department of Justice (DOJ) on Friday filed a lawsuit against Georgia over the state’s recently passed voting laws, and it was announced by Attorney General Merrick Garland during a press conference. Garland alleged the laws are a violation of the federal Voting Rights Act’s protections for minority voters.

“Today, I learned that the Biden-led Department of Justice (DOJ) is targeting your great state of Georgia and your common-sense election integrity laws passed earlier this year. As the Attorney General of Arizona, another state where the DOJ is attempting to intimidate local officials, please know that we stand with you in this fight and will do whatever we can to pushback against this blatantly political and uru11erited attack,” Arizona Attorney General Mark Brnovich wrote to Georgia Attorney General Christopher Carr.

Earlier in the month, Brnovich sent Attorney General Merrick Garland a letter after Garland had claimed the department would scrutinize “post-election audits to ensure they abide by federal statutory requirements to protect election records and avoid the intimidation of voters,” a clear reference to the forensic audit being conducted for Maricopa County, Arizona.

“My office is not amused by the DOJ’s posturing and will not tolerate any effort to undermine or interfere with our State Senate’s audit to reassure Arizonans of the accuracy of our elections,” wrote Attorney General Mark Brnovich in his letter to Garland. “We stand ready to defend federalism and state sovereignty against any partisan attacks or federal overreach”.

In his letter to Carr, Brnovich said that he informed Garland “the states created the federal government, not the other way around”, adding, “All states have the authority, and a duty, to ensure public confidence in the integrity of our electoral process”. Continued Below

“Following the 2020 election, Georgians demanded that state officials pass reasonable reforms to protect your election process. I, and many Americans across the nation, appreciate that your state did not back down when faced with baseless falsehoods from special interest groups attacking your actions. Unfortunately, the DOJ seems more concerned with appeasing far-leftist pundits and radical activists than upholding the rule of law,” Brnovich wrote to Carr.

“Today the fight has come to Georgia. Tomorrow it will be in Arizona and if left unchallenged the DOJ will intimidate other states in an attempt to undermine the Constitution and force submission to the relentless will of the current federal administration,” he said.

“We must not be deterred by these threats. As state officials we must all stand together to defend federalism and state sovereignty against federal overreach,” Brnovich warned. Continued Below 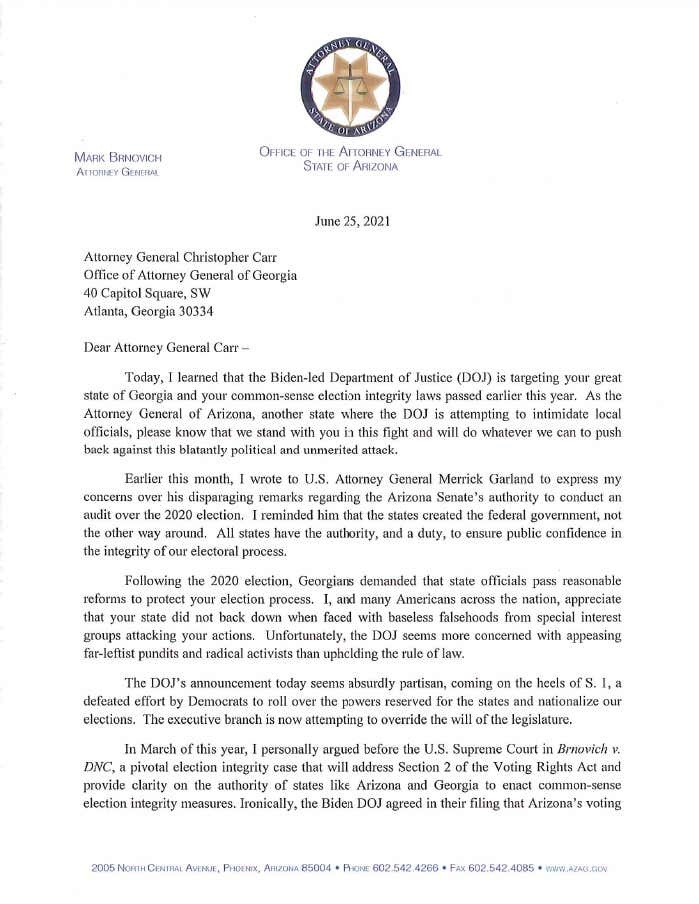 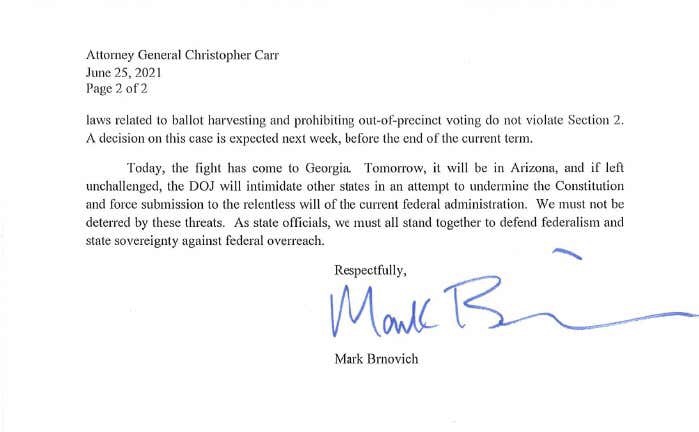 “Let’s be clear, this isn’t a lawsuit, this is a campaign flier,” GA AG Carr said of the DOJ’s lawsuit on “Tucker Carlson Tonight” on Friday. “The Department of Justice is playing politics. They’re not upholding the rule of law.”

“And this blatantly political lawsuit is legally, factually and constitutionally wrong. Anybody who looks at our law can see that it improves security, it improves access, it improves transparency in Georgia’s law. And that’s why it’s going to be upheld,” he added.

As previously reported by The Freedom Times:

The attorney general, however, did not provide more details about the claim that the law violates minority groups’ rights during the news conference.

(Related: Trump Reacts As The DOJ Announces They’re Suing Georgia: “It Should Be The Other Way Around!”)