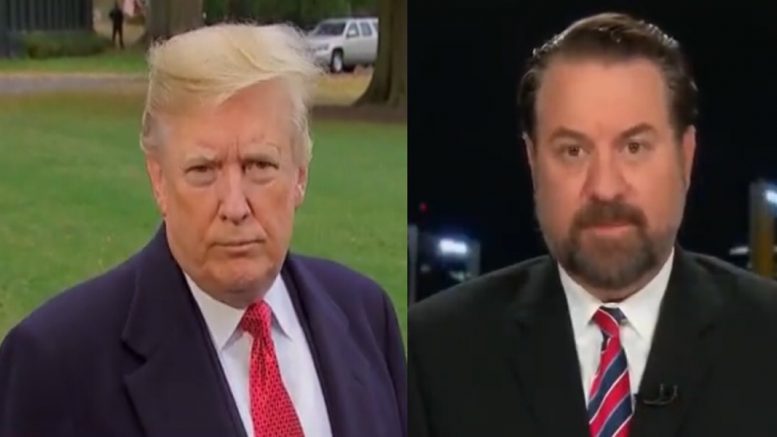 The 45th President issued a statement Saturday via email from his “Save America” PAC regarding Arizona Attorney General Mark Brnovich– as the Senate’s forensic audit is currently taking place for Maricopa County over the November general election.

In his statement, former President Trump urged Brnovich to “get on the ball” and recognize the “crime of the century”, in regards to the “2020 Presidential Election”.

The lackluster Attorney General of Arizona, Mark Brnovich, has to get on the ball and catch up with the great Republican Patriots in the Arizona State Senate. As massive crime in the 2020 Election is becoming more and more evident and obvious, Brnovich is nowhere to be found.

He is always on television promoting himself, but never mentions the Crime of the Century, that took place during the 2020 Presidential Election, which was Rigged and Stolen.

Arizona was a big part and Brnovich must put himself in gear, or no Arizona Republican will vote for him in the upcoming elections. They will never forget, and neither will the great Patriots of our Nation! Continued Below 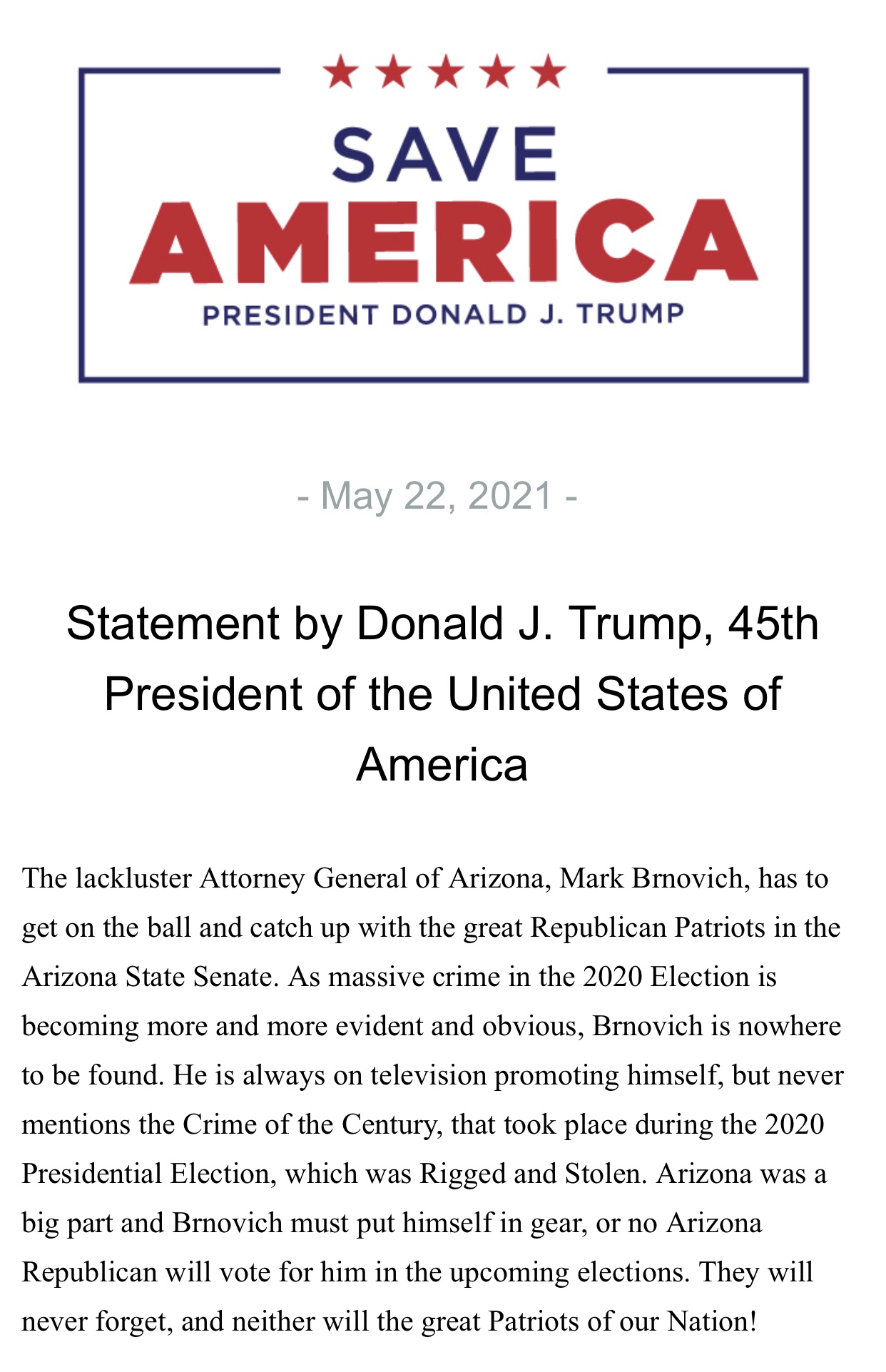 It is not immediately clear what prompted the 45th President’s statement, however, Arizona Attorney General Mark Brnovich appeared on Fox News Friday evening, slamming the Biden administration for their lack of border crisis solutions. Brnovich did not mention the current audit taking place in his state.

(Related: Mike Lindell Claims Trump Won Maricopa County By 80,000 Votes & Other ‘Audits’ Are Already ‘Going Around’ In Other States)