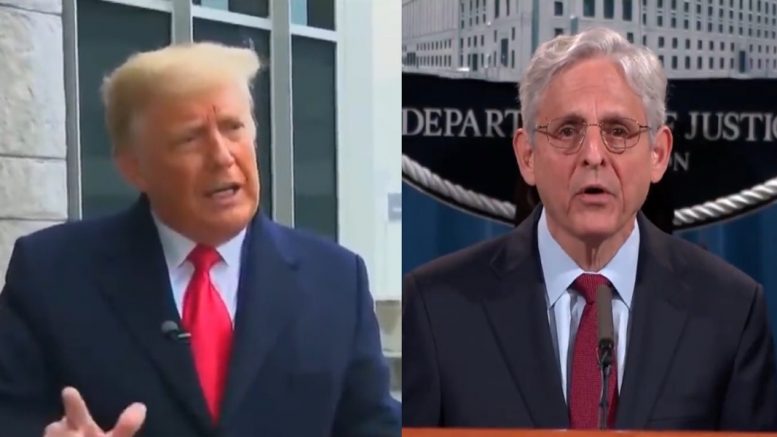 The Department of Justice (DOJ) on Friday filed a lawsuit against Georgia over the state’s recently passed voting laws and it was announced by Attorney General Merrick Garland during a press conference. Garland alleged the laws are a violation of the federal Voting Rights Act’s protections for minority voters.

Following Garland’s announcement, former President Donald Trump issued a statement via email from his “Save America” PAC, insisting, “It should be the other way around! The PEOPLE of Georgia should SUE the State, and their elected officials”.

The attorney general, however, did not provide more details about the claim that the law violates minority groups’ rights during the news conference. Continued Below

The 45th President reacted Friday in an email statement, saying, “Biden’s Department of Justice just announced that they are suing the Great State of Georgia over its Election Integrity Act.”

“Actually, it should be the other way around! The PEOPLE of Georgia should SUE the State, and their elected officials, for running a CORRUPT AND RIGGED 2020 PRESIDENTIAL ELECTION—and for trying to suppress the VOTE of the AMERICAN PEOPLE in Georgia,” President Donald Trump declared.

“If we don’t address these issues from the 2020 Election head on, and we allow the Radical Left Democrats to continue to politicize the DOJ and Law Enforcement, we will lose our Country. SAVE AMERICA!” Trump expressed. Video Below

Attorney General Garland: "Today, the Department of Justice is suing the state of Georgia." 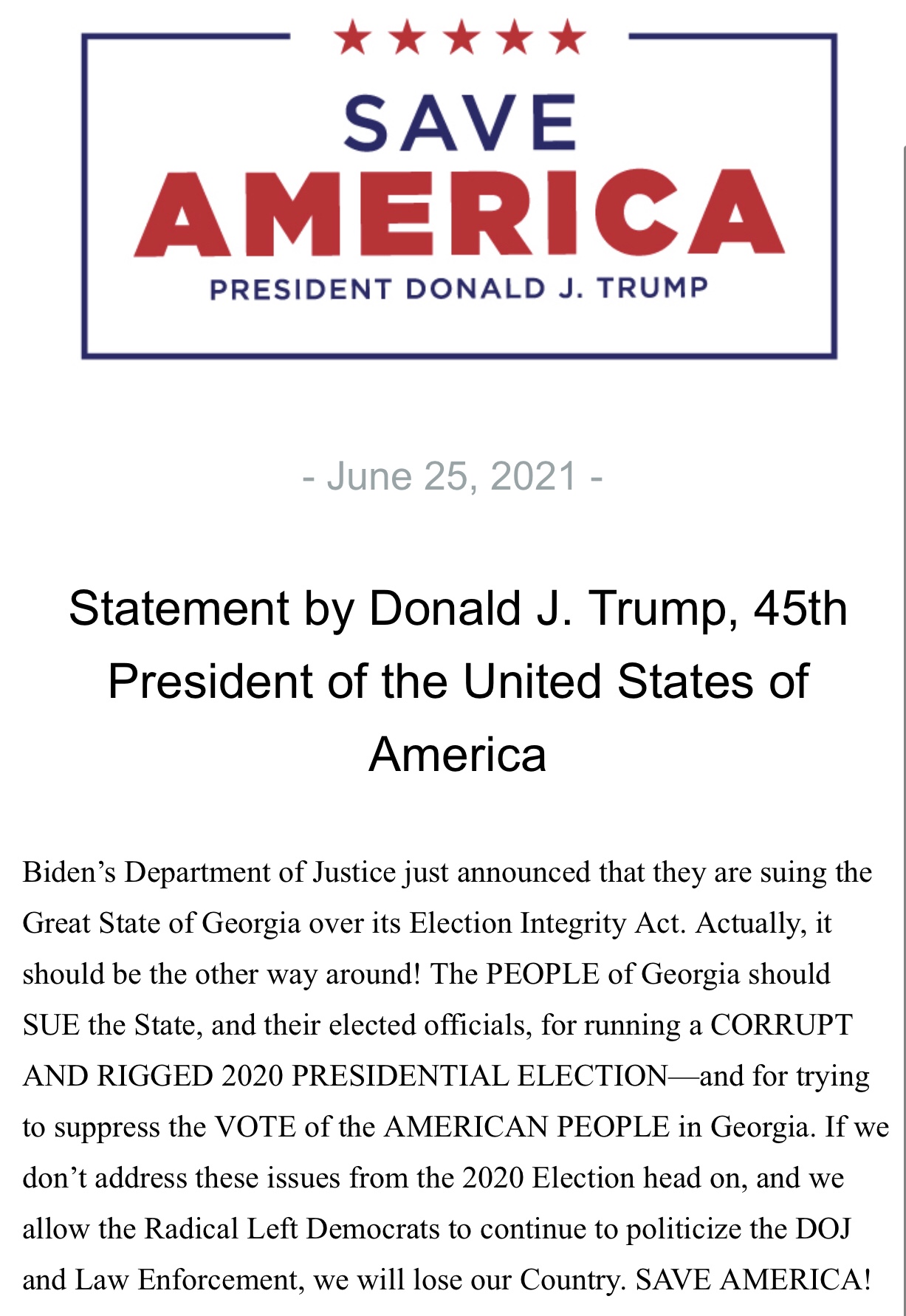 Georgia Gov. Brian Kemp, a Republican, previously has categorically denied that the law would imperil minorities’ voting rights. On Friday, in a statement to The Epoch Times, Kemp criticized the DOJ’s lawsuit as being a product “of the lies and misinformation the Biden administration has pushed against Georgia’s Election Integrity Act from the start.”

“Now,” his statement added, “they are weaponizing the U.S. Department of Justice to carry out their far-left agenda that undermines election integrity and empowers federal government overreach in our democracy.”

The lawsuit comes about three months after Kemp signed the measure into law, which had been passed by the GOP-controlled legislature. Broadly, the law mandates a Georgia driver’s license or a state-issued or state-approved ID in order for one to vote absentee by mail, replacing the previous signature match process that was in place that was previously derided by Kemp and GOP lawmakers. Among other measures, it also limits the use of ballot drop-boxes.

Over the past several months, Kemp has repeatedly defended the law, asserting that Democrats including President Joe Biden have willfully mischaracterized it. Biden and other Democrats have said the law invokes the Jim Crow-era laws that had enforced segregation.

“It is obvious that neither President Biden nor his handlers have actually read SB 202, which I signed into law yesterday,” Kemp said in a statement to The Epoch Times earlier this year. “This bill expands voting access, streamlines vote-counting procedures, and ensures election integrity.”