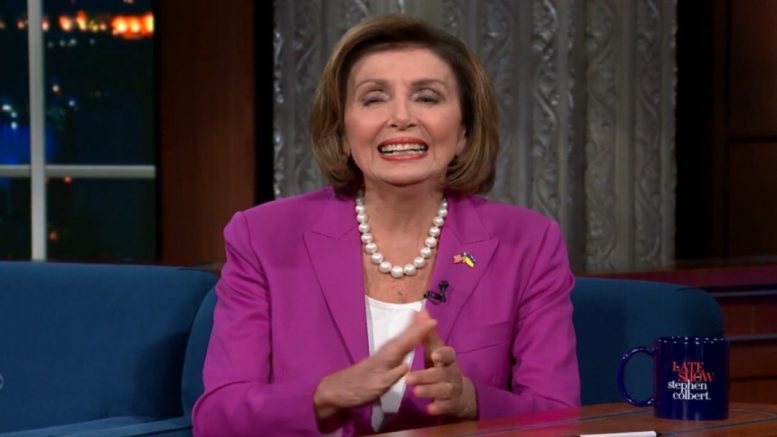 “I believe that we will win the — hold the House, and we will hold the House — by winning more seats,” Pelosi claimed on CBS’s “The Late Show with Stephen Colbert”.

“We won the forty seats, then we lost some when [45th President Donald] Trump was on the ballot. We lost some of the Trump districts, but we held enough seats to hold the House with him on the ballot. He’s not on the ballot now. Oh, did I say his name? I didn’t mean to,” Pelosi said.

Pelosi also gushed over Joe Biden, alleging he is a “great president” and said that she is proud of his performance.

“And a tribute to President Biden, He is a great president. Working together, we’ve accomplished so much. And that is beginning to have some appreciation in the public, in terms of leadership. … The president has done a remarkable job, and we have been proud,” she said.

The interview came days after Pelosi was met with loud boos from the audience when she made an appearance at the Global Citizen’s music festival in Central Park.

President Trump On ICIG & Whistleblower: “He’s A Fake Whistleblower & Frankly, Somebody Ought To Sue His Ass Off”