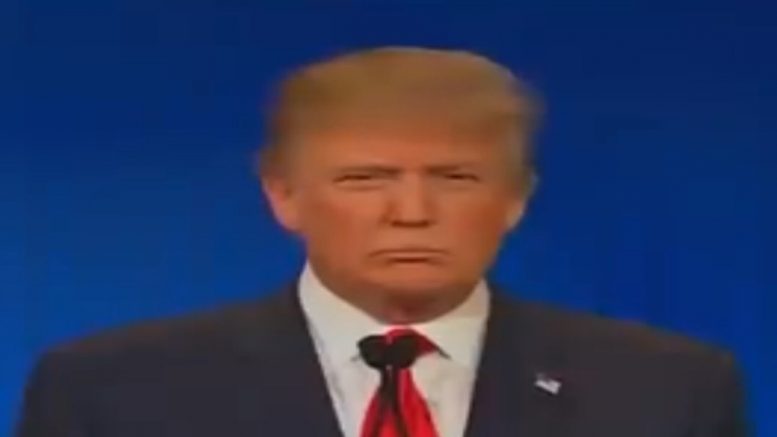 The 45th President released a statement via email Friday through his “Save America” PAC, announcing that he has turned down two book deals but is “writing like crazy” and will eventually release a tome that will be the “book of all books.”

To date, former President Donald Trump has written 19 books. His most well known, The Art of the Deal, written in 1987, was a New York Times bestseller.

“I turned down two book deals, from the most unlikely of publishers, in that I do not want to do such a deal right now. I’m writing like crazy anyway, however, and when the time comes, you’ll see the book of all books,” President Trump proclaimed.

The 45th Commander in Chief dropped yet another hint on his possible future political involvement, revealing, “Actually, I’ve been working on a much more important project right now!”

Trump didn’t clarify, though, what the “much more important project” may entail.

Meanwhile, 500 authors and literary professionals wrote a letter urging publishers to not offer book deals to anyone in the Trump Administration. The letter, titled “No Book Deals For Traitors,” was written by Barry Lyga in an attempt to keep members of the Trump administration from financially benefiting from book deal, Daily Caller reported in January. Continued Below

It is common for presidents to obtain a book deal and release a book once they are out of office and such deals have proven to be very lucrative. When former President Barack Obama left office, it was speculated that his book deal options could be valued at $60 million. 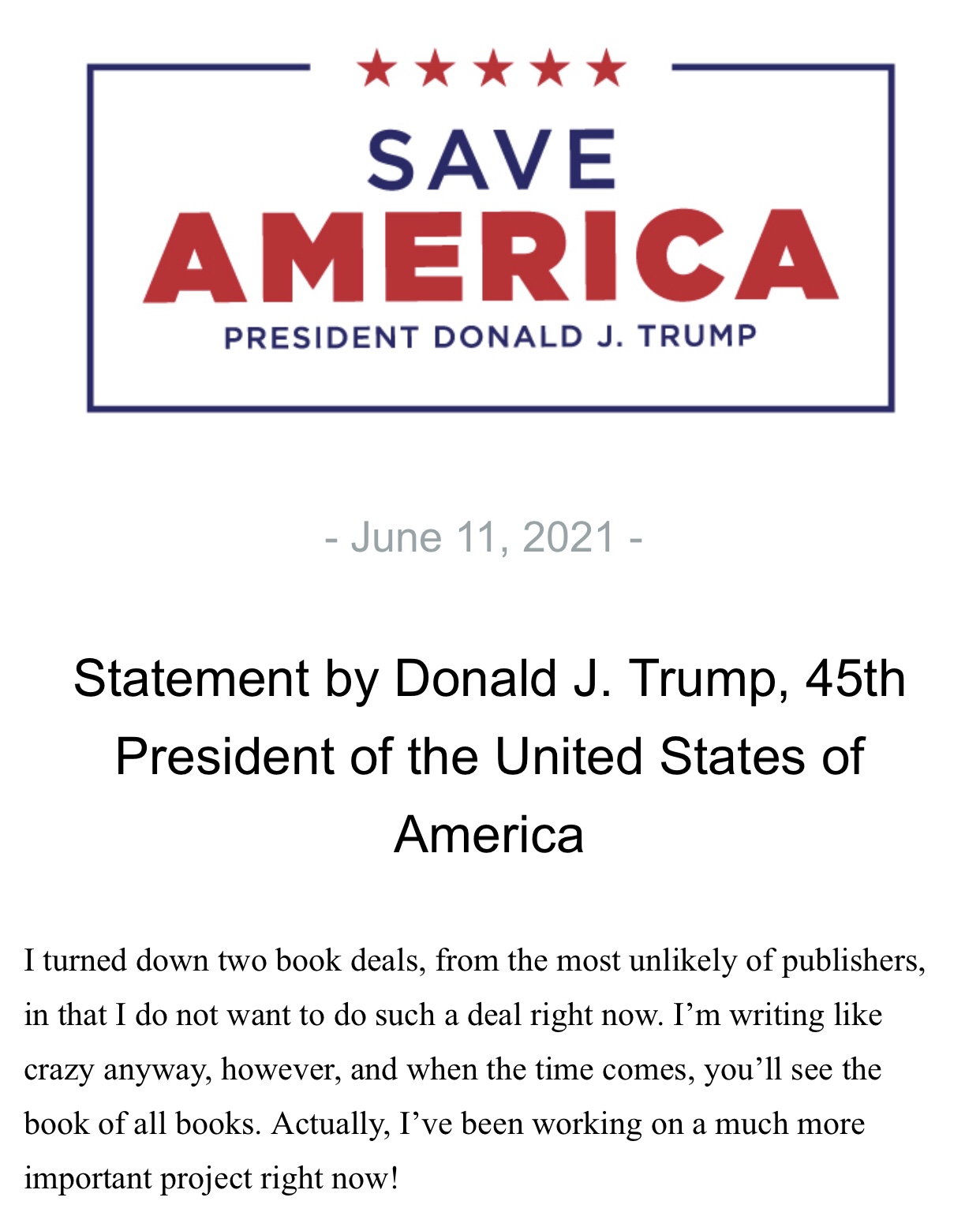 (Related: Trump Hails Rep. Jim Banks As the ‘New Type of Leader We Need in the Party’)