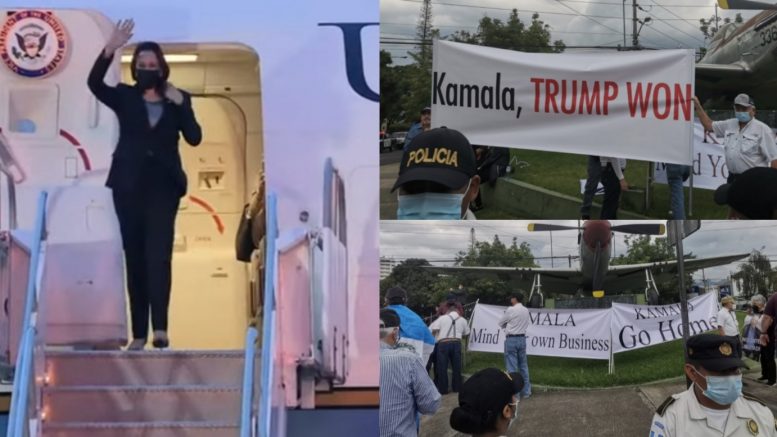 Kamala Harris received a not-so-warm welcome when arriving in Guatemala on Sunday as part of her so called “foreign policy” trip that focuses on stemming migrants surging across the U.S./Mexican border.

According to The Floridian, anti-Biden protesters conjured at the Guatemalan Air Force base where Air Force 2 eventually landed after having to circle back to Joint Base Andrews in Maryland 25 minutes after it had taken off due to a “technical issue.”

The protesters at the air force base were caught on camera holding signs and banners declaring “Trump Won” and urging Kamala to “Go Home”. 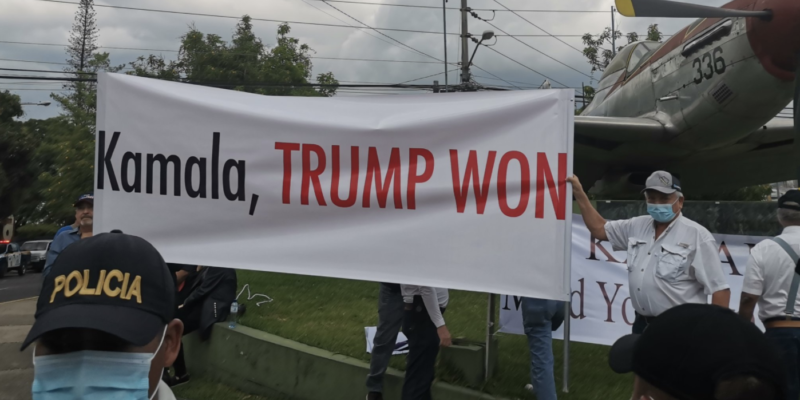 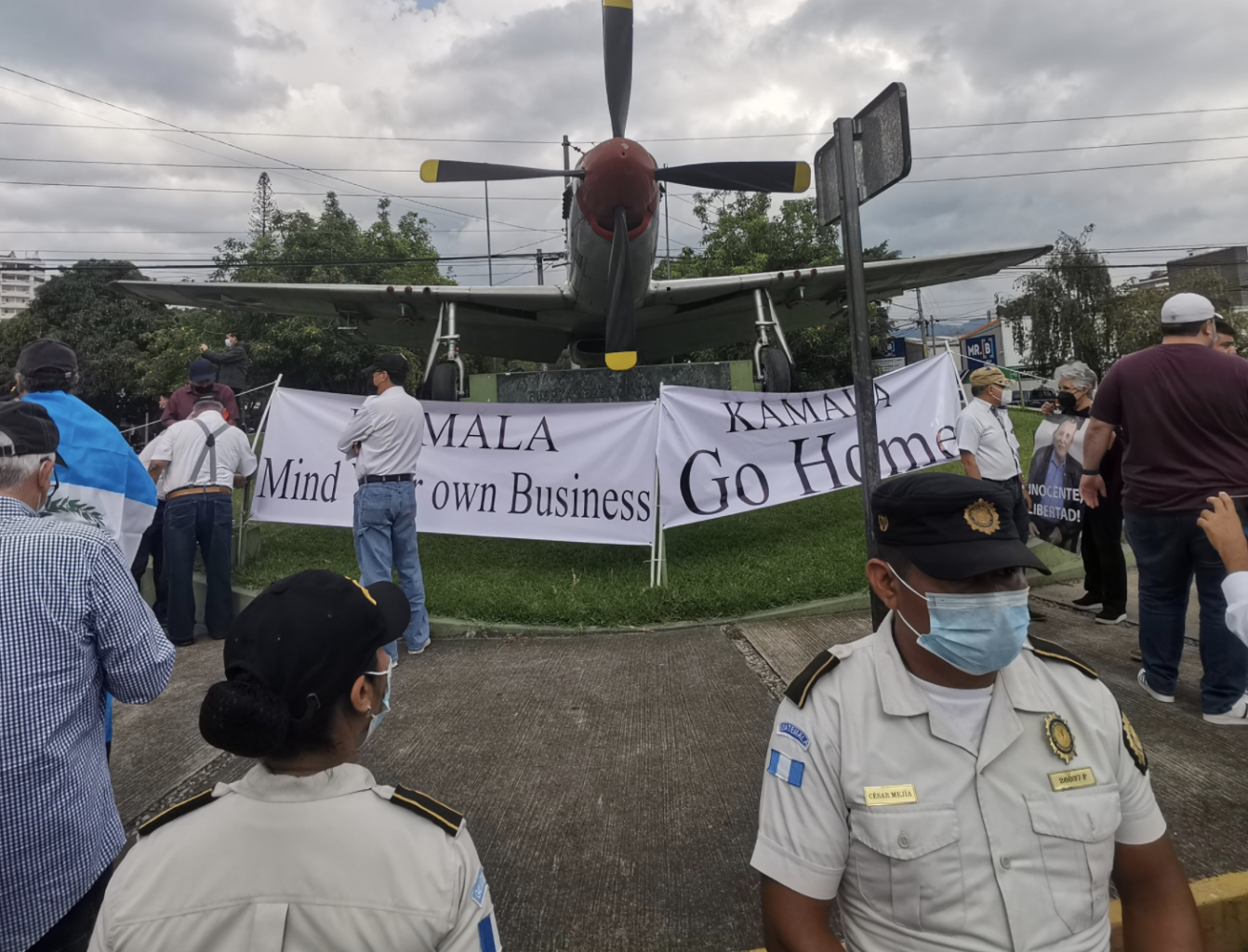 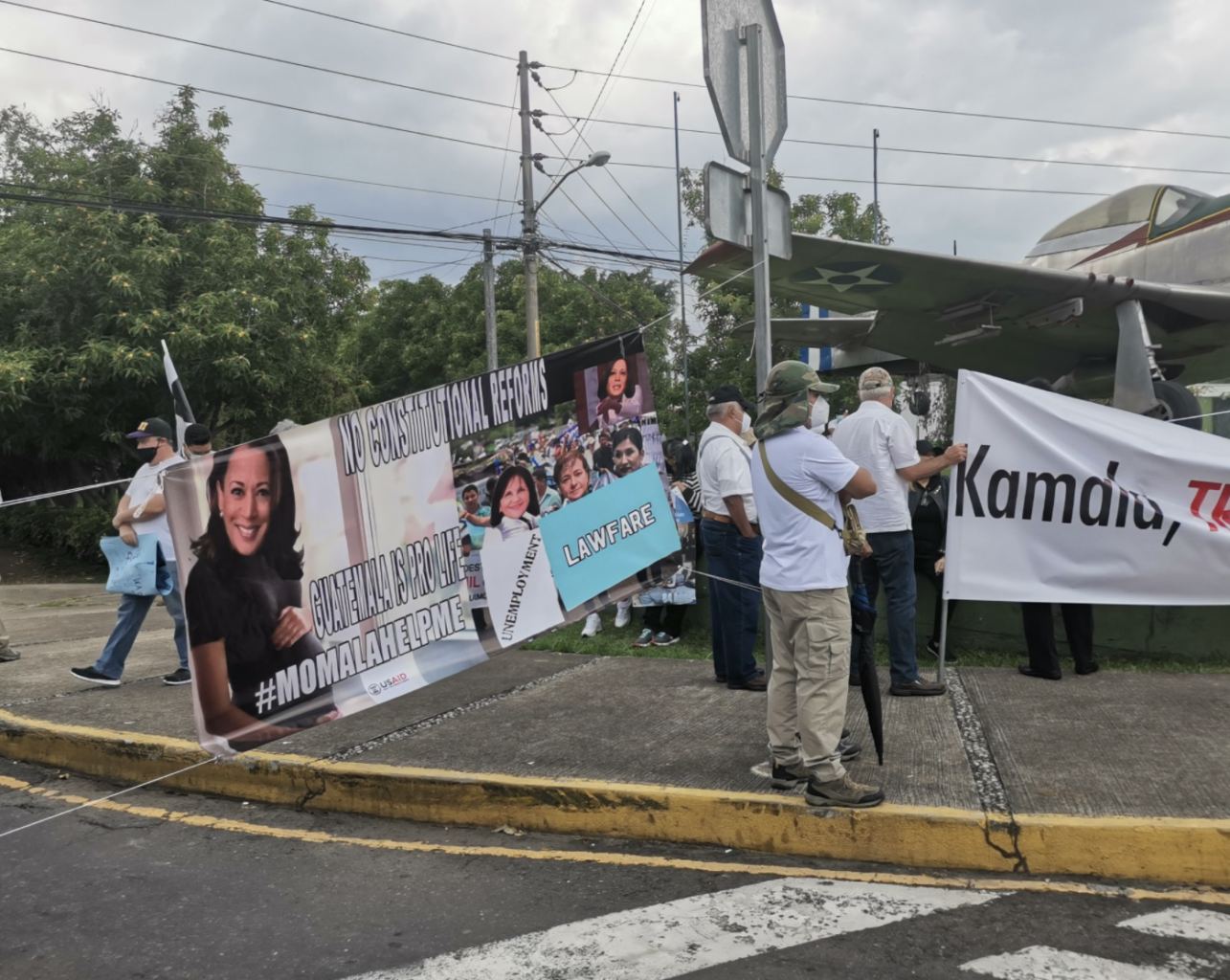 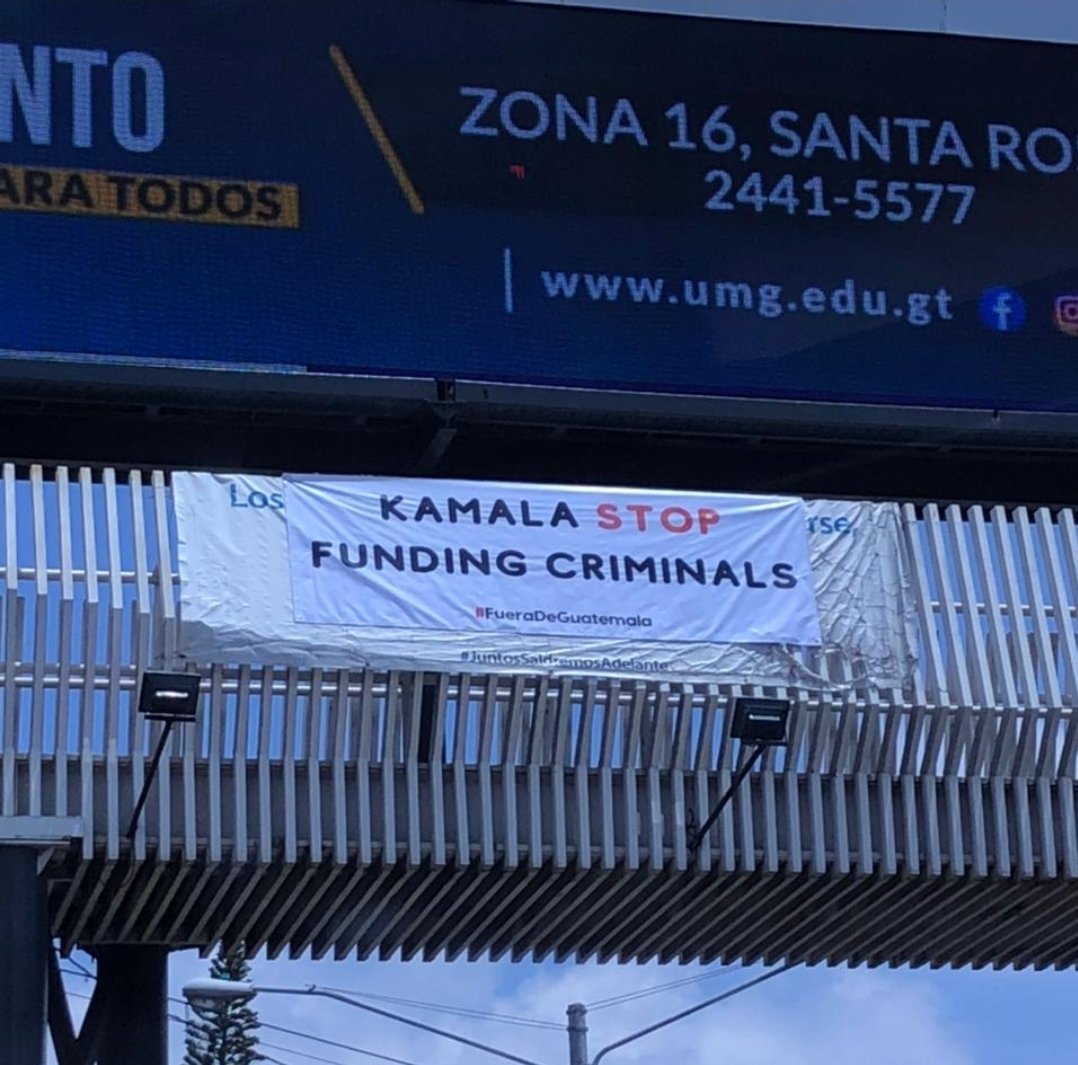 Navarro Speaks Out on His Arrest: ‘Denied Food, Denied Water, Denied an Attorney’ – ‘This Is What We Live In’