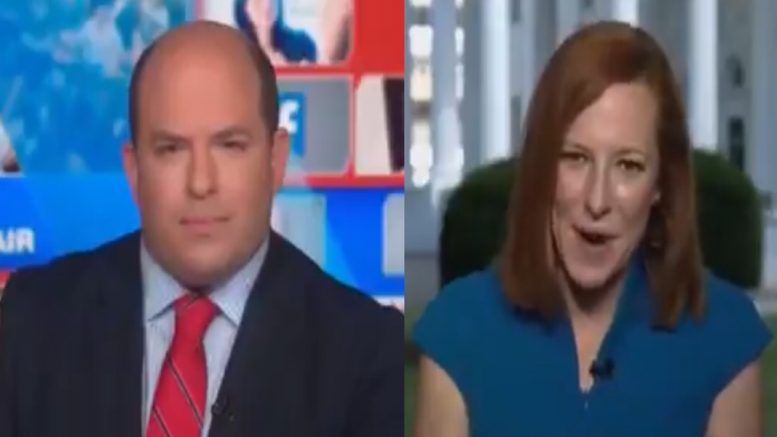 “Busy summer ahead– infrastructure, election reform. What does the press get wrong when covering Biden’s agenda? When you watch the news, when you read the news, what do you think we get wrong?” Stelter asked Psaki.

“Some of our muscles have atrophied,” Psaki answered, suggesting that the media has forgotten how long it takes to get legislation passed when criticizing the administration.

“I don’t know if that’s the press getting it wrong,” she said. “I’ll leave you to the critique of that, Brian.”

“I think sometimes we forget how strange the last four years were, and when we return to a place where democracy is working– where we’re talking to Democrats and Republicans. … It feels foreign but this is actually how it’s supposed to work,” Psaki claimed.

Bootlicking: On Today's so-called "Reliable Sources," CNN's Brian Stelter begins his interview with WH Press Sec. Jen Psaki by asking her "what does the press get wrong?" He then follows up by asking her about her feelings, noting that she seems frustrated sometimes. pic.twitter.com/n7hBojQQl4

Stelter later wondered “why” does Psaki “call on Fox News and Newsmax?” He also asked her to reflect on her time as a CNN contributor.

And later on in the gushing interview, Stelter asked Psaki about how her time as a CNN commentator helped her do her job as press secretary.
Meanwhile, Stelter used to shriek about how people from Fox News would go to work in the Trump administration and vice versa. pic.twitter.com/Uj8QYHKm8b