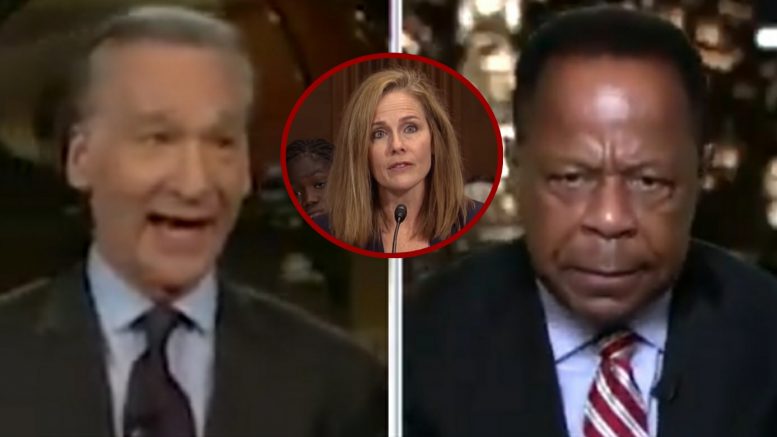 The left has already been unleashing attacks on Amy Coney Barrett fresh after reports indicated that President Trump nominated her to fill Ruth Bader Ginsburg’s seat on the Supreme Court.

Related Article: Sarah Sanders Calls On Americans To ‘Pray’ For President Trump’s SCOTUS Nominee: “The Next Few Weeks Are Going To Be Brutal”

In response, longtime Democrat commentator Leo Terrell pointed out how foolish it is for the liberal left to attack Judge Barrett for being Catholic, especially since key Democrat leaders, including Nancy Pelosi and Joe Biden, are Catholic as well.

Terrell told Judge Jeanine Pirro on her Saturday night program that Maher’s nasty remark is just one example of why he left the Democrat Party.

“They’re haters,” Terrell said about Democrats. “There is no religious test in the Constitution. It’s prohibited.”

“This is the part I don’t understand. It’s confusing: JFK – Catholic, Joe Biden – Catholic, Speaker Pelosi – Catholic. Why is this Catholic wrong?” he asked.

“It’s just that they hate where they don’t have an argument,” Leo declared. “Don’t just make up an argument! As a lawyer, it makes no sense at all. I could not take it any longer. I had to get away from the asylum. Guess what? I escaped and I’m not going back.” Video Below

My panel @dbongino and @TheLeoTerrell are here to discuss the historic SCOTUS nomination and the first presidential debate between President Trump and Joe Biden. Check it out! pic.twitter.com/UyQLWLX3Ah