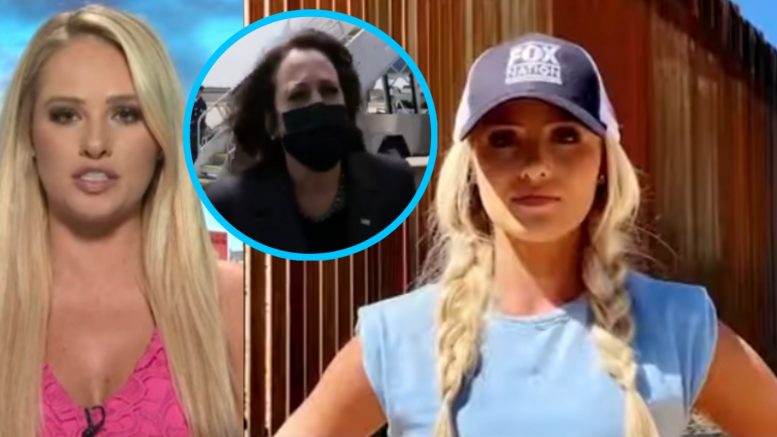 Fox News contributor Tomi Lahren paid a visit to the U.S. Mexican border and spoke with landowners and mayors who “feel largely ignored” by the Biden Administration as it’s been over 20 days since Kamala Harris was named “crisis manager”, but hasn’t yet made an appearance to the region.

“It’s amazing when you actually go to these towns and speak to these mayors and you speak to these landowners. They’re telling you that this is a crisis and they feel largely ignored. But you know, Kamala Harris — she hasn’t gone down. She hasn’t done what I’ve done, but I can tell you after spending a couple of days with these folks, it is a crisis, it is unprecedented, and something needs to be done about it. Video Below