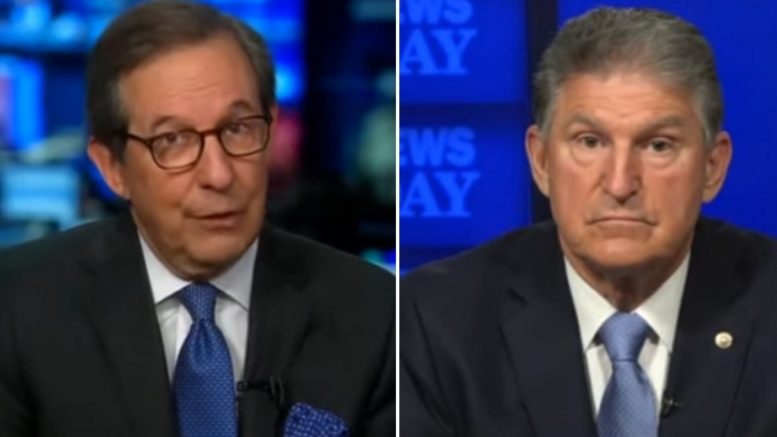 Fox News host Chris Wallace on Sunday suggested Sen. Joe Manchin (D-WV) has “empowered Republicans to be obstructionists” because he is opposed to filibuster reform.

Sen. Manchin also indicated earlier on Sunday that he opposed to the controversial For The People Act, which would federalize elections.

“You said you oppose scrapping the filibuster,” Wallace said to Sen. Manchin. “The question I have is whether or not — and you say that you hope that will bring the parties together — the question I have is whether or not you’re doing it exactly the wrong way? And hear me out on this. If you were to keep the idea that maybe you would vote to kill the filibuster, wouldn’t that give Republicans an incentive to actually negotiate because old Joe Manchin is out there and who knows what he’s going to do? By taking it off the table, haven’t you empowered Republicans to be obstructionists?”

“I don’t think so,” Manchin replied as he signaled hope for more bipartisanship. “Because we have seven brave Republicans that continue to vote for what they know is right and the facts as they see them, not worrying about the political consequences.”

Wallace went on to suggest Manchin is “being naive about this continuing talk about bipartisan cooperation.” Video Below