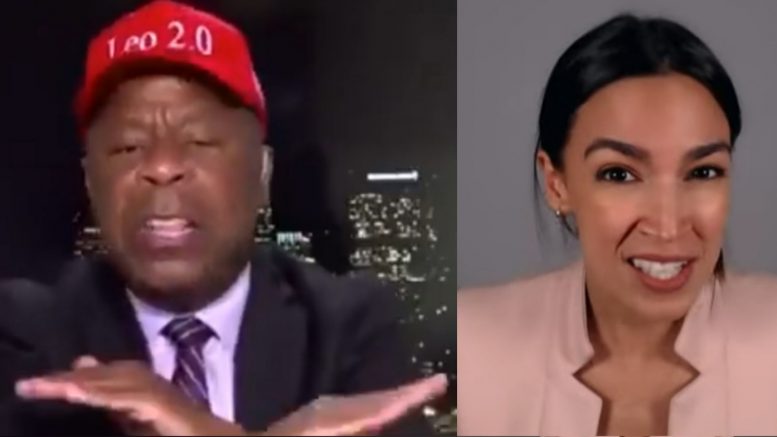 Related Article: Leo 2.0 Slams AOC For Trying ‘To Attach Everything To White Supremacy Or Race’: “I’m Sick Of It!”

AOC continued: “The answer is to make sure that we actually build more hospitals, we pay organizers, we get people mental health care and overall health care, employment, etc. It’s to support communities, not throw them away.”

“When you actually open a door to a jail and look at who is inside an enormous amount of people are dealing with untreated mental health issues,” she added.

“It is not acceptable for us to use jails as garbage bins for human beings. We need to treat people and so it is not a place for us to throw people for whom we do not want to invest in the actual holistic issues of their lives,” the New York congresswoman concluded.

In response, Leo Terrell made the following statement during Friday’s airing of Hannity:

“And to hear AOC talk about alternatives to law enforcement and prison — she doesn’t know what she’s talking about. And Chuck Schumer looks like a got a penchant stuck in his throat because he has to participate with that kind of nonsense in order to be part of the left-wing media.

LEO TERRELL: "We can't do without law enforcement. AOC doesn't know what she's talking about. You have not heard Joe Biden mention BLM, Antifa involvement in chaos in the DEM cities. They don't want to give people of color quality education because that's what create dependency." pic.twitter.com/dpFhMYcpVD