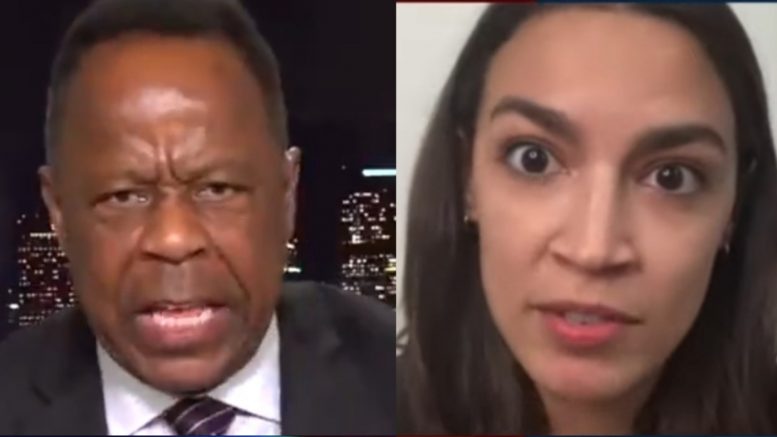 Fox contributor Leo Terrell slammed Rep. Alexandria Ocasio-Cortez and other Democrats for constantly trying to tie every issue to race or white supremacy.

Related Article: Leo Terrell Torches AOC’s Notion That There Is Not A ‘Surge’: “She Is A Menace To America”

As a civil rights attorney, I find it offensive for AOC to attach everything to white supremacy or race,” Leo said.

“The Democrat race card has to be played, and I’ll tell you why. Because if the Democrats lose Black voters, there is no Democratic Party,” he continued.  “So what they do is they try to scare and intimidate, intimidate Blacks to stay on the Democratic plantation.”

“I am ecstatic and I am happy I escaped from the Democratic plantation. And I left and I’m now glad to be a Republican,” Terrell declared. “But they try to scare everybody with that race card attack, and that’s what it is.” Video Below

Leo Terrell to Joe Biden: ‘Other Than Embarrassing Yourself & America, What did you Accomplish Visiting Saudi Arabia?’