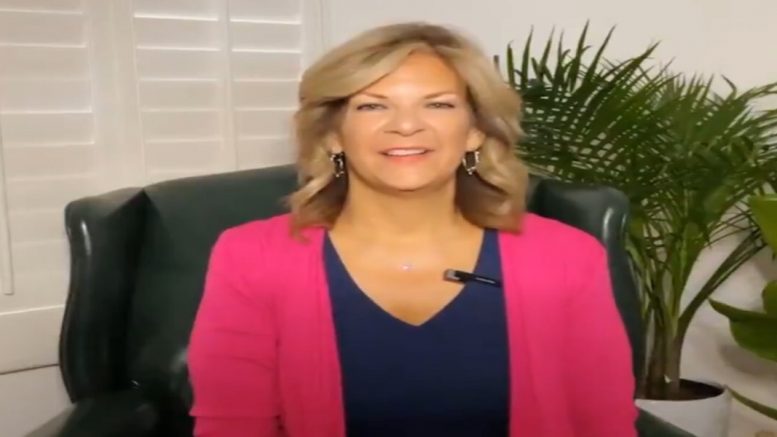 Arizona GOP Chairwoman Dr. Kelli Ward provided an update Monday ahead of Tuesday’s meeting at the Arizona State Capitol regarding three serious issues that have arisen in the course of the Senate’s ongoing audit.

“At my last update, it was clear tensions were growing as the Maricopa County Board of Supervisors–together with the Maricopa County recorder Steven Richard, were resisting the request of the Arizona Senate to meet at one o’clock tomorrow to discuss irregularities and omissions found during the audit process,” Dr. Ward said, referring to her Saturday update.

The Arizona GOP Chairwoman called attention to a letter written by Arizona Senate President Karen Fann last week, to the Maricopa board of supervisors, which revealed alleged substantial irregularities: deleted databases on the Election Management System (EMS) machines (Dominion), the chain of custody was violated, and missing paper ballots– for the ongoing forensic audit currently taking place over the November 3, 2020 general election in Maricopa County.

“The request was a simple one,” Dr. Ward said. “We found some serious problems. We need some serious answers, so let’s discuss them in a constructive manner. Senate President Karen Fann was very professional. That hit a nerve that has the Maricopa Board supervisor’s chairman Jack Sellers and recorder Steven Richard launching an all out war against the audit, against the Arizona Senate, even against former President Donald J. Trump”.

“In a matter of days, their names are now in every news outlet in America as they do the Democrats’ bidding in trying to undermine and stop the audit. Is it just a matter of Sellers and Richard objecting to the Arizona Senate’s request, or is it something much deeper?” Dr. Ward wondered.

She explained that the Maricopa County Board of Supervisors and their attorney’s have “fought from day one any attempt by anyone, including me on behalf of the Arizona Republican Party, to review, examine, test, or even question any portion the results of the 2020 election process”. Continued Below

“Long before they started fighting the Arizona Senate, they characterized any attempt by Arizona voters to audit or hand-count the ballots as ‘fraudulent, irresponsible, and illegal’. They said they’ve conducted their own audit, and that nothing more is required. That is outright lie. They fought hard against the Arizona Senate’s subpoenas requesting access to the ballots and the voting equipment,” Dr. Ward explained.

“Under threat of arrest for ignoring the Senate’s subpoena, they asked for protection from the Arizona courts. Well guess what? The courts sided with the Arizona Senate and its constitutional right and responsibility to review elections; the results, the processes, and everything in between,” she continued.

She noted, the elected officials “fought back” and “they refuse to let Arizona election offices be used for the audit”, adding, “You couldn’t go to the Maricopa County tabulation center. That resulted in the transport of ballots and equipment to the Veterans Memorial Coliseum.” Video Below

Dr. Ward said the “response” from the Board of Supervisors and Maricopa County– they “attacked the Senate as though they were jeopardizing ballot security as they were forced to move the ballots to another secure site, which they did with heavy security.”

“What exactly is going on here?” she asked. “Are these just elected officials whose primary interest is voter integrity and election transparency, or are they typical politicians who are doing everything to protect their backside while keeping the voters in the dark? No doubt here; it’s the latter.”

Tense standoff between some Maricopa County officials and the Arizona Senate have escalated into war of words directed against the Senate, America's Audit and even former President Donald Trump. @AZGOP Chairwoman @keilliwardaz provides an update #FinishTheAudit #Americas Audit pic.twitter.com/Li2Dnhiscw

The meeting will be at the Arizona State Capitol on Tuesday, May 18, 2021 at 1:00 p.m. in Hearing Room 109 and will be live-streamed to the public. Continued Below

She asserted that chairman Jack Sellers and recorder Steven Richard are not “interested in working with the Arizona State Senate in any way that is constructive”, adding, “They forget their time in office is temporary. They forget that the serve at the pleasure of the voters. … Their sole responsibility is to represent their constituents. Sound familiar?”

“They view any attempt by the voters, by We the People or by their duly elected representatives to look into this as a sham and interference into how they run their offices. How dare anyone question their work or their motives, let alone the Arizona Senate or Arizona courts. Their job is not to attack us, but to listen to us, but they certainly are not hearing us or our concerns. And that’s why this audit must continue, why it must be completed. We need answers to real questions that for some reason, some of our elections officials are hesitant to provide, or even worse, to even entertain. That’s what America’s audit is all about: answers to our questions,” Dr. Ward added.

Maricopa County’s Board Monday meeting can be viewed HERE.