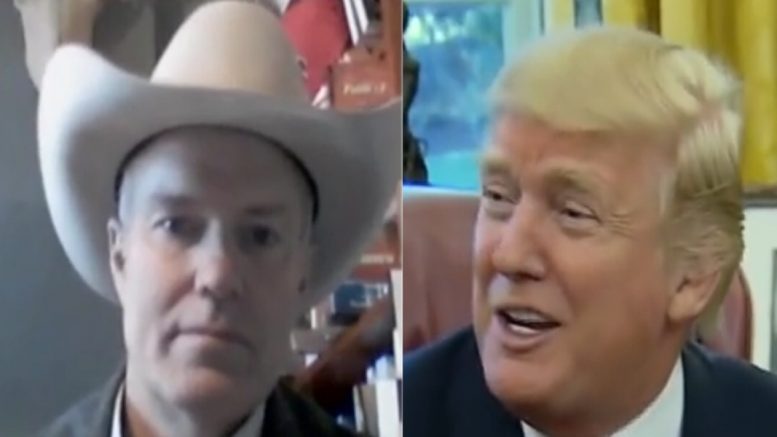 Frank Eathorne has been reelected as Chairman of the Republican Party of Wyoming, according to former President Donald Trump.

The 45th President issued a statement Monday evening, via “From the Desk of Donald J. Trump”, congratulating Eathorne for his leadership victory in the Equality State.

“Congratulations to Frank Eathorne for being reelected as Chairman of the Republican Party of Wyoming. It was my honor to work with you so that your great achievements can be continued. The people of Wyoming are special, and so are you!” former President Trump said Monday in a statement.

In April, President Trump endorsed Eathorne in a statement, writing, “Frank Eathorne continues to fight for our America First Policies as GOP Chairman of the Great State of Wyoming. He is highly respected by everyone, fighting for your Second Amendment and continually growing the Republican Party.”

Frank Eathorne was one of the Republicans in the state to lead the charge to formally censure Rep. Liz Cheney (R-WY) after her impeachment vote against Trump earlier in the year. Cheney ultimately was ousted from her leadership role last week and replaced by Rep. Elise Stefanik.

“Perhaps, most importantly, Frank has Censured the incompetent Liz Cheney, who couldn’t care less about our brave soldiers overseas, and who is willing to fight ridiculous, endless wars instead of preparing for the Big Time enemies that may someday soon face our Country. Frank has my Complete and Total Endorsement for his re-election. He will never let you down!” Trump expressed in April. Continued Below 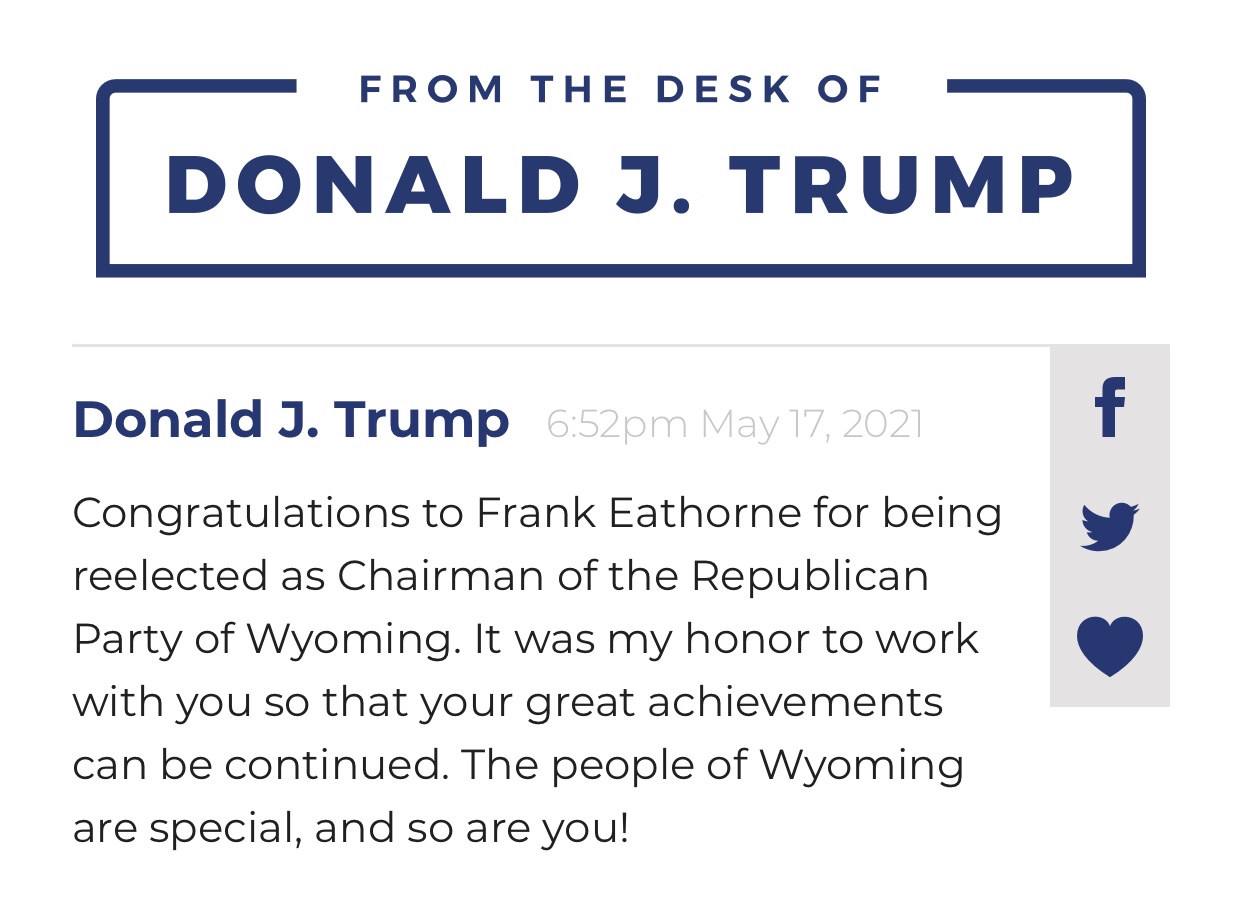