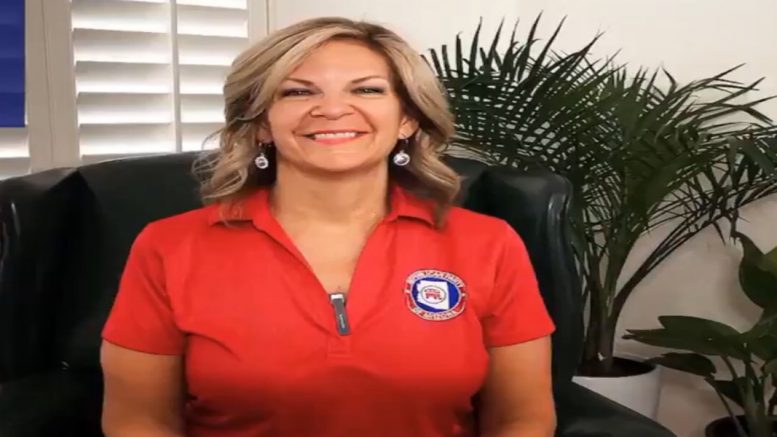 Arizona GOP Chairwoman Dr. Kelli Ward provided an update Friday evening as the forensic audit taking place for Maricopa County, Arizona is temporarily halted, and she estimated about a month of processing remains.

The historic audit of the 2020 election results in Maricopa County will pause for at least a week to allow for several high school graduations to take place in the facility in which the audit is occurring. The audit is taking place in Phoenix’s Veterans Memorial Coliseum. The ballots and other election material have since been moved to a nearby warehouse to allow for around a dozen high school graduations to commence in the coliseum, Just The News reported.

The audit will reportedly restart on May 24th with the goal of concluding in roughly two weeks.

In her latest update to Americans, Arizona GOP Chairwoman Dr. Kelli Ward said, “With approximately 500K ballots processed already, there has been a lot of work, but there still is a lot of work to be done when the audit picks back up on May 24th. At the present rate of counting, there’s probably at least another month to go.”

“Don’t worry. The ballots and the equipment will be under 24 hour, seven day a week security and stored nearby,” she assured. Continued Below

“Yesterday we reported the Arizona Senate outlined in a sharply worded letter to the Maricopa County officials that there were several serious discrepancies and issues related to the county’s handling of the paper ballots and of the election data,” Dr. Ward said. “The Arizona State Senate called for Maricopa County officials to address these issues at a live-streamed meeting at the Arizona State Capitol at 1:00 P.M. Tuesday, May 18.”

“Not only has the mainstream media chosen to discount or flat out ignore the Arizona Senate’s concerns, they don’t seem to be too willing to report the Arizona Senate’s findings as we have right here. But the Maricopa County Board of Supervisors via Chairman Jack Sellers– they angrily denied any wrong doing on their part. They really have failed though to address the issues, instead they’re using Democrat tactics, deflecting, demanding apologies for exposing the county’s significant shortcomings,” she continued.

Dr. Ward also said that the Maricopa County Board “is scheduled to meet in executive session”, clarifying, “That means in private. No prying public eyes. No public ears. No media allowed. … And no transparency for Arizona voters. They are supposed to do that today, to huddle in secret with their lawyers and decide how they’re gonna respond. And I think they’ve also set up their own public digital meeting on Monday. Jack says they’re gonna ‘refute lies and lay out facts’. We’ll see if that actually happens.” Video Below

“That’s where things stand at this moment. Even with the audit’s scheduled pause next week, we expect back and forth legal threats to continue. Let’s see if the Maricopa County officials show up Monday. I hope they come to the Senate’s requested meeting on Tuesday as well,” Dr. Ward said.

“We expect them, if they do show up, to respond with real answers, not rhetoric, not petulance. And we want the Senate’s demands answered or they need to face more subpoenas or real consequences,” the Arizona GOP chair added.

Legal jockeying continues and the Arizona Senate awaits an answer from Maricopa County officials regarding serious ballot irregularities exposed by America's Audit as reported by AZGOP Chairwoman @kelliwardaz.
WE WILL #FinishTheAudit no matter what it takes. #AmercasAudit pic.twitter.com/5pLahouMg0