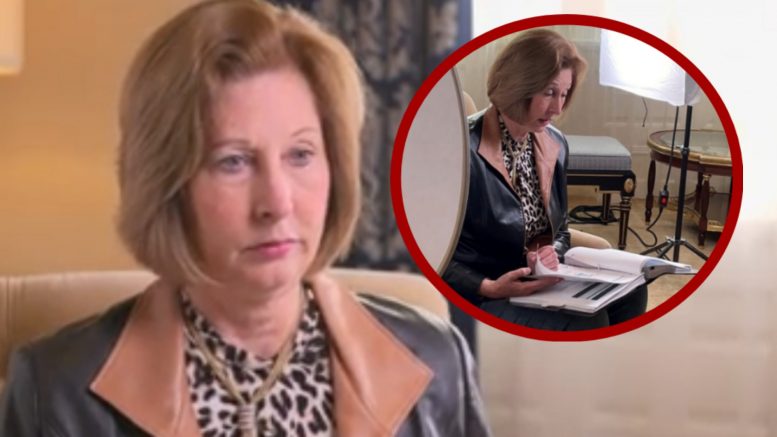 Attorney Sidney Powell appears to have given Zenger News access to an entire ‘binder’ of information that she says proves that direct foreign interference and fraud tainted the 2020 election.

Zenger News published the merely 270 pages of documents on their website following their December 23rd interview with Ms. Powell.

Related Article: Sidney Powell Confirms Discussions To Make Her Special Counsel, But It Is Being ‘Blocked’

As per Zenger News:

“In a Dec. 23, 2020 interview with Zenger News, attorney Sidney Powell stepped through a binder of information her legal team provided two hours before cameras rolled.

“Powell contends that documents in the binder prove direct foreign interference and fraud tainted the Nov. 3 presidential election, and that President Donald Trump was re-elected. The entire binder is reproduced here for exclusively.”

See Below For Link

Powell claimed during her interview with Zenger that she has been trying to get President Trump “evidence of foreign interference,” but that she is being “blocked” from doing so after a White House meeting that took place two Fridays ago, where she is said to have been considered to serve as “special White House counsel.”

“What I’ve really been trying to get to the President is evidence of the foreign interference in the election, particularly by China and Iran of which there is substantial documentation,” Ms. Powell told Zenger during her interview. “And frankly, I’ve been blocked from speaking to or communicating with the President since I left the Oval Office on Friday night by apparently everyone around him, whether it be inside counsel, outside counsel, White House staff or whatever.”

It is unclear if the 270-page binder of documents published by Zenger entails all of the “evidence” that she wants President Trump to see.

In ending here is a related clip from Zenger’s interview with Ms. Powell, where she discusses what should happen next to pursue alleged foreign interference and fraud: