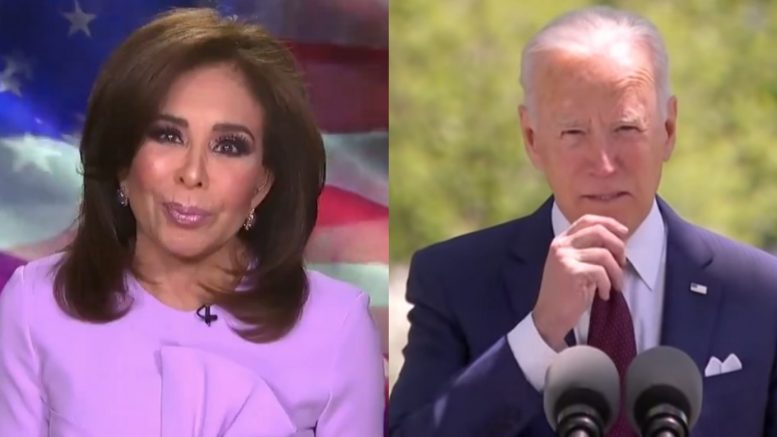 Judge Jeanine Pirro called on Joe Biden to “be a leader and not a deceiver” during her Saturday night commentary on JUstice With Judge Jeanine.

Jeanine’s remarks centered around the “mixed, inconsistent, contrary, scientifically-flawed” messages Biden and the CDC have sent to the American people regarding masks.

“It’s time for you to take the mask off and show us who you really are,” Judge Jeanine concluded. Video Below