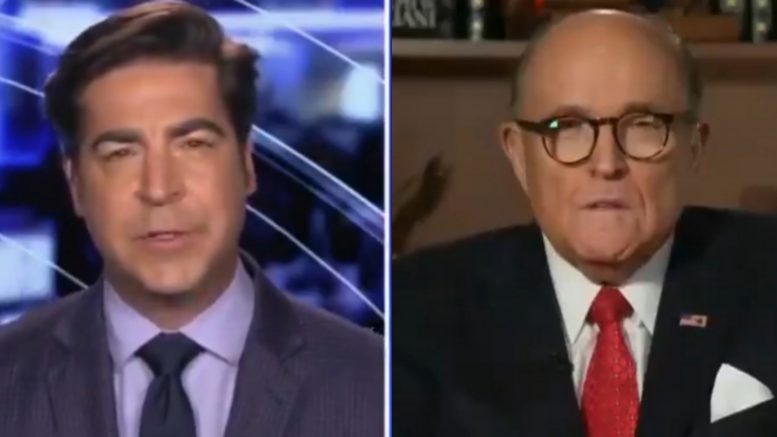 Watters made the assertion during Friday’s airing of The Five.

“When I saw this raid, I thought to myself, ‘This is just payback for Rudy blowing up the President’s son’s scandal,'” Jesse said.

“There’s no way Hunter’s ever gonna get charged with anything by Biden’s Department of Justice and everybody knows that now,” Watters proclaimed. “And everybody also knows for a FARA violation, you don’t kick down doors and seize people’s computers. You do that for drug traffickers or flight risks.”

This is just payback for Rudy blowing up the president’s son scandal. #TheFive pic.twitter.com/NIzR7IywgP