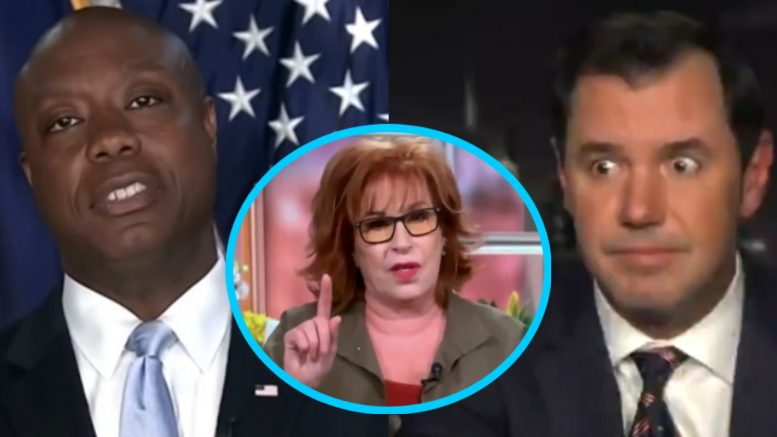 “The fact that Tim Scott can not acknowledge this is appalling,” she added.

In response, Joe Concha stated as follows on Saturday’s airing of Justice With Judge Jeanine:

“Well, this woman is a TV host who once dressed up in blackface…remember…who lives in the Hamptons — which, at last check, is quite white — is lecturing a Black sitting senator from the south about what race means. And that is funny.

“I think they call that whitesplaining and it’s quite pathetic.” Video Below

Fox News contributor @JoeConchaTV joined me with reaction to this week's outrageous moments from the left. pic.twitter.com/lOhsPbIEix

In ending, here is a side-by-side photo of Joy Behar wearing blackface, as described by Joe Concha:

Joy “Blackface” Behar is one to talk 🙄 pic.twitter.com/l7GgG8vWQZ

Sen. Scott To Durbin, Reid & Other Dems: “What Happened To The Party Of Inclusion & Diversity When It Comes To Conservatives Who Happen To Be Black?”