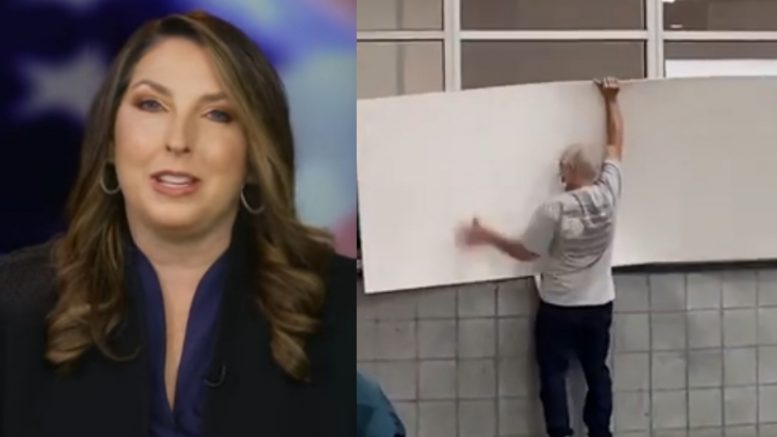 GOP Chairwoman Ronna McDaniel slammed Democrat leaders for not condemning the removal or blocking of Republicans from observing the vote tabulation process at various poll locations.

In places like Detroit and Philadelphia, Republican poll watchers were not given “meaningful access” to watch how votes were being counted despite their legal right to do so, which has pulled into question what exactly the poll workers were hiding.

The issue occurred in states where President Trump had a commanding lead on election night, which withered away after counting stopped for a few hours, and then carried on for several days until Biden pulled out miraculous come-from-behind victories.

While this is the first election where millions of mail-in ballots were used to cast votes, the Trump campaign and GOP find it very troubling that Democrat strongholds would not allow the process of counting such votes to be viewed, which the Federal Election Commission Chairman says is against the law, “making this an illegitimate election.”

“Where were the Democrats as Republicans were being removed from Detroit and from Philadelphia and being able to observe the process?” Ronna questioned in her interview with Sara Carter.

“We saw in Fulton County, Georgia — they said, ‘We’re going to close down…counting of the vote at 10:30 at night,’ and then all of the election workers left and then they maintained counting without observers. These are the types of things that create distrust, and then the media won’t carry the stories of these people who were there” she declared.

“And that is a huge problem, and it is crazy that Democrats aren’t coming out and supporting even just that very element — that Republicans and Democrats should be able to watch,” she concluded. Audio Below

.@GOPChairwoman Ronna McDaniel: If there's nothing to hide, why were #GOP poll workers barred from watching ballot counting in some states#thesaracartershow

In ending, here is video of a poll worker covering the windows at a counting center in Detroit: