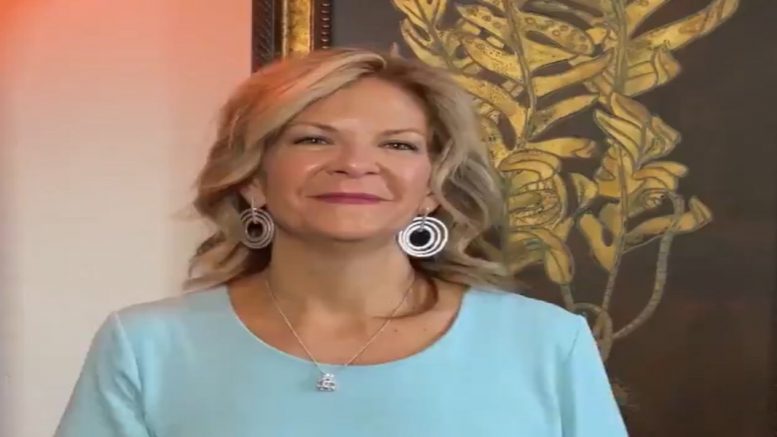 Arizona Republican Chairwoman Dr. Kelli Ward provided an update Monday regarding the Maricopa County, Arizona audit of the November 2020 election as “the nations eyes are focused right here on Arizona”, she said.

Ward said in the update that the audit “continued today at 8am” after the Democrats declined on Friday to post a $1 million bond to cover costs to pause the audit. Roopali Desai, the Democrats’ attorney, said the party won’t put up the bond.

“That in itself give you a good idea of what they actually think of their case,” Dr. Ward said of the Democrats declining to put up the $1 million bond.

“The Arizona Superior Court will review rules and procedures of the audit at 11am,” she noted.

The Arizona chairwoman also said Maricopa County Superior Court Judge Christopher Coury, who “heard arguments last Friday on the Democrat request for a temporary restraining order, which would have stopped the audit, has now recused himself”.

“It seems that the Democrats found out that an ex-intern that worked for the judge in the last five years sometime, is on one of the Republican legal teams. A little weak in my book, but a new judge will be appointed today,” she explained of Judge Coury for recusing himself from the legal challenge. Continued Below

“The Arizona Supreme Court is also scheduled later this week to hear arguments brought by the Arizona Senate that interference by the judiciary in the management of the audit is an infringement upon the legislative branch and therefore, that’s unconstitutional,” Dr. Ward also said.

“And as the audit continues, the fight goes on, not only in the courts but in the public arena as well. The Democrats and their cronies in the media are waging an all out nationwide blitz to discredit and stop the audit using propaganda,” she said.

“The Arizona Democratic chairwoman and others continue to make wild, false accusations of hate groups being used for the hand-counting– that blue pens are being used by the auditors that will spoil the ballots and that the ballots are not secure. Untrue. The fake new media though is going right along with the Democrat spin,” Dr. Ward explained. Video Below

“Look at the headlines. One of my favorites is that this is a Republican audit. Actually, I call this an American audit. It is conducted by a legislative body, the Arizona state senate, duly elected by Arizona voters. There are hundreds of nonpartisan volunteers that are hand-counting the ballots. They’ve received background checks. They’ve been trained, security is in place,” the AZ chairwoman said.

“All of the ballots are secure and all pens are banned from the audit floor. The only pens that are being used– red pens that don’t spoil the ballots. That’s what’s being used by supervisors when there is a ballot that is in question,” she added.

The Arizona Republican Party tweeted, “We will not be intimidated”.

The Maricopa County Forensic Audit continues as the legal drama continues to unfold. Watch the latest recap and news from Arizona Chairwoman @kelliwardaz. We Will Not Be Intimidated #ElectionIntegrity #AzAudit pic.twitter.com/GVj6Ct7Okd

Tired of the Democrat lies and legal tactics to stop the AZ Audit? Please join the fight and support our efforts:https://t.co/rvR9tbB4pH

So one judge recuses and this one comes in?
New Judge for Maricopa Audit has ties (worked for) Perkins Coie Law Firm:https://t.co/7lYx0U3jE9