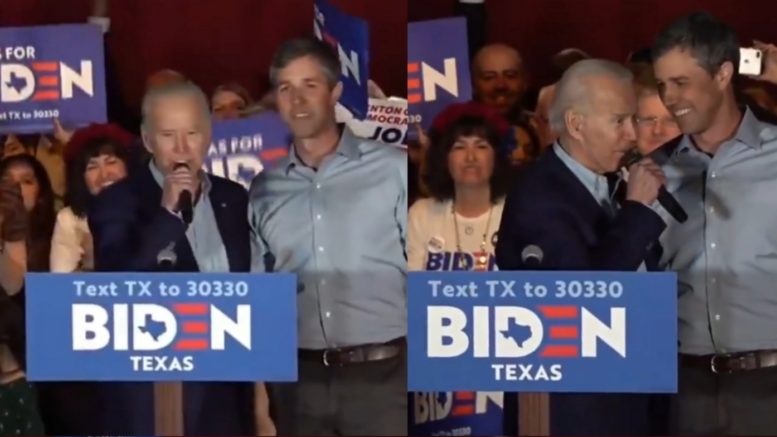 Joe Biden apparantly wants to make former Texas Congressman Beto O’Rourke the head of his effort on gun control if he, in fact, wins the 2020 election.

Biden made the assertion at a pre-Super Tuesday rally in Texas after being endorsed by Beto, who just months ago declared, “Hell, yes, we’re going to take your AR-15, your AK-47.”

“I want to make something clear,” Biden said with his arm around Beto. “I’m gonna guarantee this is not the last you’re seeing of this guy.”

“You’re gonna take care of the gun problem with me. You’re gonna be the one who leads this effort. I’m counting on you,” Biden proclaimed.

“We need you badly. The state needs you. The country needs you. You’re the best,” he added. Video Below

“[Beto’s] going to take care of the gun problem with me. You’re going to be the one who leads this effort. I’m counting on you. We need you badly. You’re the best.” pic.twitter.com/rgc71q3KfR

In ending, here is a clip of Beto explaining why he endorsed Joe Biden.

Beto O'Rourke: “The man in the White House today poses an existential threat to this country. To our democracy. To free and fair elections. And we need somebody who can beat him. And in Joe Biden, we have that man." pic.twitter.com/U8LJ3OXaKa