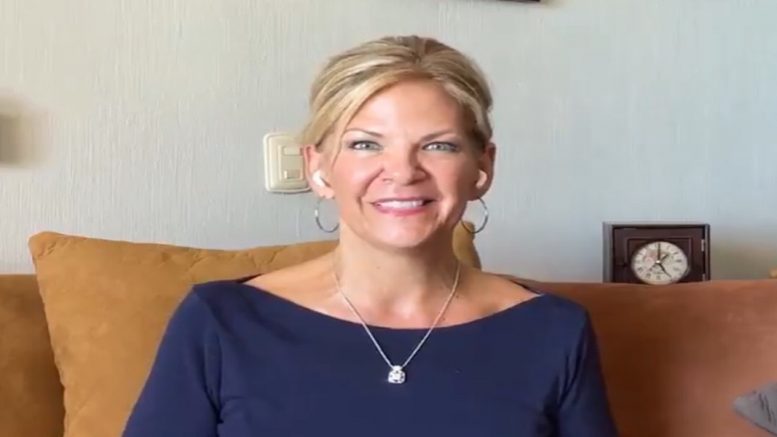 Arizona Republican Chairwoman Dr. Kelli Ward provided an update Thursday regarding the Maricopa County, Arizona audit of the November 2020 election, informing Americans that there is “a lot of behind the scenes action today and the pace of developments has sped up dramatically”.

“The audit and the hand counting continues. No amount of Democrat lies, no amount of Democrat lawsuits, have managed to stop it, and I do not think they will. Two judges have now stated they recognize the Arizona State Senates right to conduct this audit,” Dr. Kelli Ward said.

“No court hearings today, at least not yet. What’s happening on the legal front is always fluid as either side can ask the court for a hearing at anytime on any issue pertaining to the audit. The legal arguments now, tend to be process orientated– how the audits being conducted and who gets to observe what, where, and when,” she explained.

“The auditing firm Cyber Ninjas– in an effort to satisfy the courts and to be as transparent as possible to the public, provided links to all their procedural documents online,” Dr. Ward said.

The link Dr. Ward referred to is: “CyFIR DIGITAL EVIDENCE POLICIES AND PROCEDURES MANUAL“. In the manual it states in part, “The purpose of this manual is to give CyFIR personnel a resource that will serve as a starting point for the policies and procedures for the collection, handling, and processing of digital evidence”. Continued Below

“We are now hearing that the Democrats still aren’t satisfied, claiming that one document has been withheld.” Dr. Ward said. “Now let’s just face it: they will never ever be satisfied. Their grand plan is to just chip away and fight, stop, or delay this audit in any manner they can. And when the audit is done, they still won’t be satisfied with the process, no matter what the outcome.”

She continued: “The fake new media cannot help themselves. Their hypocrisy is on full display. Everywhere you look, they’re asking and complaining about outside groups and about secret individual contributors. And get this: they’re outraged that Republicans are financing the audit.”

“Well can I ask you this? … Who is funding the constant lawsuits that the Democrats, the partisan secretary of state and the so-called First Amendment Coalition, a Democrat front group, have brought against the audit? Who?” Dr. Ward asked. Video Below

“The amount of money they are paying their high priced attorneys is astronomical, and most of it is dirty money funded by their big-tech and corporate titans who funnel money through so-called non-partisan groups and big money social interest PACs,” she said.

“We are waiting word on what exactly what role the auditors have worked out with the Democrat secretary of state as to her involvement. The judge suggested that all parties agree to how and when she might be on site, which incidentally, has always been made available to her. I don’t see how this partisan hack who’s been apart of every single lawsuit, can have any role, other than to simply watch this audit. Anything beyond that would be would be an extraordinary infringement on the powers of the Arizona State Senate,” Dr. Ward explained of Katie Hobbs. 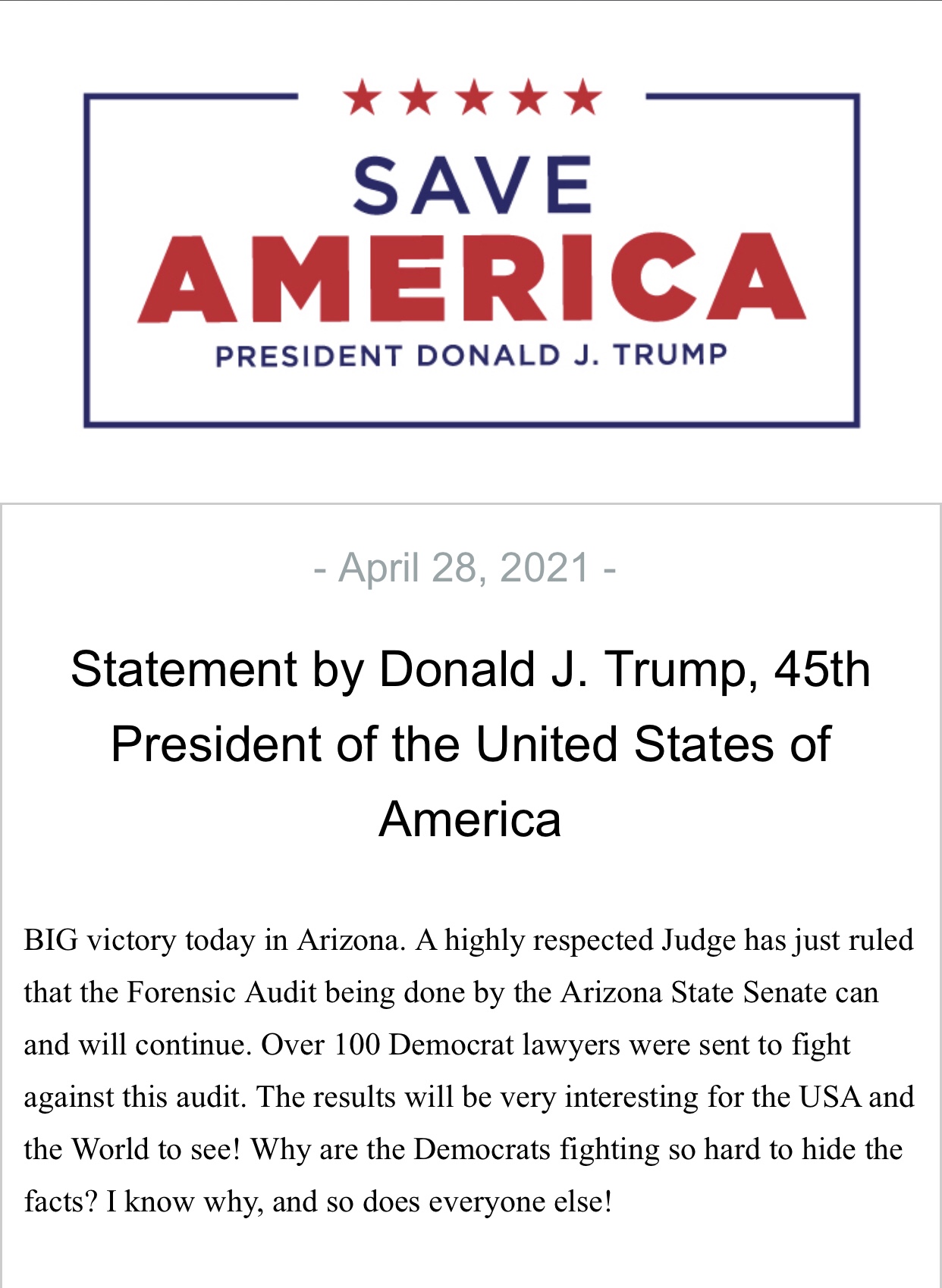 (Related: AZ GOP Chair Dr. Kelli Ward Gives A Status Update On the Maricopa County Audit: “We Will Not Be Intimidated”)