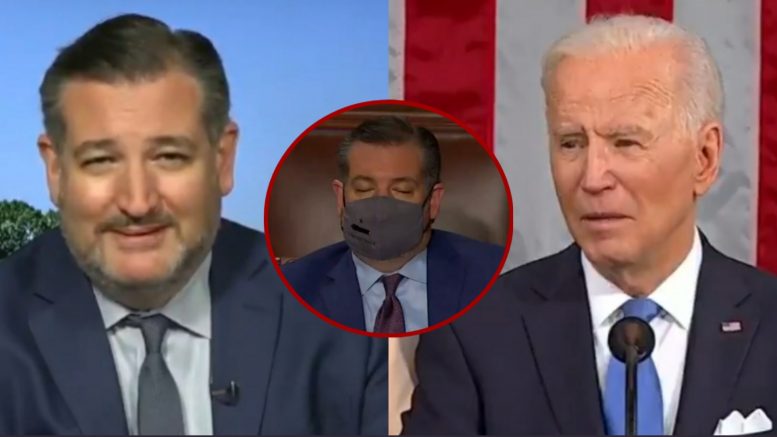 Appearing on Newsmax, Sen. Ted Cruz (R-TX) confirmed just how boring it was to sit through Joe Biden’s speech that was delivered to a joint session of Congress on Wednesday.

Cruz, who was caught on camera falling asleep about an hour in to Biden’s address, said he is “amazed” that he was able to “stay awake” as long as he did.

“The speech went over an hour and it was boring,” Cruz told Newsmax host Rachel Rollar. “I’m amazed as long as I did.”

In comparison to the eight other State of the Union addresses that he has been to, Cruz said Biden’s speech on Wednesday was “uniformly partisan… in a way that was weird.”

“It was a speech that was directed to the Democrats and it was ‘We are the hard left. The socialist regime is here,'” he added. “It was so left wing that there was nothing for any reasonable person to applaud to.” Video Below

.@tedcruz confirms how bored he was during President Biden's joint address. https://t.co/VlT7z8v2lm pic.twitter.com/H5cVHRrKPg